The Bishop of Connor, the Rt Rev Alan Abernethy, flies to Busan, Republic of Korea, on October 29 for the 10th Assembly of the World Council of Churches (WCC).

The WCC is a fellowship of Christian Churches. It brings together churches, denominations and church fellowships in more than 110 countries and territories throughout the world, representing over 500 million Christians and including most of the world’s Orthodox churches, Anglican, Baptist, Lutheran, Methodist and Reformed churches, as well as many United and Independent churches.

An Assembly of the WCC takes place every seven years, and this 10th Assembly will run from October 30 to November 8.

The assembly has the mandate to set the future agenda of the Council, to elect governance officials and to speak with a public voice on behalf of the churches. It is also a unique moment for the whole fellowship of member churches to come together in prayer and celebration. 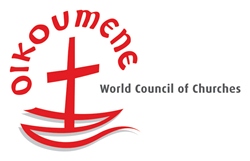 The WCC website states that Korea was selected to host the assembly because of’ the unique ecumenical “horizon” that the witness of the Korean churches offers the wider ecumenical movement.’

It states that the assembly theme, ‘God of life, lead us to justice and peace’ is not merely a slogan for the event, but provides a focus for theological reflection, worship and meditation, as well as for planning programmatic activities before, during and after the assembly.

Bishop Alan will attend the Assembly representing the Church of Ireland. He will be one of 3,000 delegates and he will be entitled to vote. He was asked to attend by the Standing Committee of the General Synod, as nominated by the Commission for Christian Unity and Dialogue

The assembly programme includes prayer at the beginning and end of each day, daily Bible study in small home groups focusing on moments in biblical history where life was threatened, yet justice and peace prevailed, through God’s grace.

Thematic plenaries are large scale events presenting global challenges the churches must face together, while ecumenical conversations will promote in depth discussion on issues of common concern. A special ‘madang’ programme will promote the exchange of gifts and experiences among participants through workshops, exhibitions and side events.

Though there is a strong focus on celebration, dialogue and action; a great deal of business must be completed by the member church delegates and official ecumenical partner representatives, including changes in governance, elections and receiving reports as well as processing the work of assembly committees.

It will be a busy 10 days for Bishop Alan, who flies from Dublin to Busan via Amsterdam and Seoul on October 29 and returns to Dublin via Japan, arriving home on November 9.

On the first Friday of the Assembly he will meet with Anglicans from all over Europe. The Bishop said he is very honoured to have been invited to preach in the Cathedral in Busan on Sunday November 3.

“The theme of this Assembly of the World Council of Churches is peace and justice and in Northern Ireland we have learned a few things about both of these,” Bishop Alan said. “I believe that coming from this wee island we have something to offer into this theme. It will also be fascinating to meet Christians from all over the world and engage with them on issues affecting our different churches and communities.”