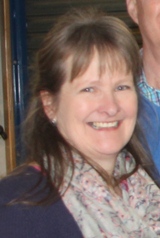 Life in Connor’s partner diocese of Yei is returning to normal after the chaos which followed the outbreak of civil unrest last December and forced the postponement of a visit by a Connor team.

However, the situation in other parts of South Sudan remains unstable, and the church is continuing to look after the many thousands of internally displaced people who were forced to flee the fighting.

CMS Ireland Partnership Co–ordinator Jenny Smyth will travel to South Sudan from March 12–28, visiting Yei and CMSI’s other partners to see how the funds raised by CMSI’s emergency appeal have been used and identify what further support is needed both in the immediate and long term.

Yei Diocese is now ‘quiet and peaceful.’ A source tells us: “People are busy going about their usual activities. Those who fled to their ancestral villages are returning to Yei on hearing the announcements for the reopening of schools.”

People in Yei are selling food to Juba where we are told the situation is back to normal. “The notorious traffic jams of Juba are almost back,” our source said. There are also fewer incidents of sporadic gunfire in the capital at night which followed the outbreak of the unrest which led to the deaths of 10,000 people with more than 800,000 fleeing their homes. A ceasefire was signed by the rebels and government forces on January 23 although violations have been reported on both sides.

Thousands of people have had to leave their homes in Bor, Malakal and Bentui, mostly fleeing to UNMISS compounds. “What now remains which needs to be addressed is the problem of the internally displaced people. They are still in their thousands and calling on the international community to send humanitarian assistance,” our source said.

Over the weekend of March 1–2, the Episcopal Church of Sudan carried out a second distribution of humanitarian assistance in form of food to displaced people living in the UN camp in Yei. This aid was funded by CMS Ireland, supported by Connor Diocese and other dioceses within the Church of Ireland.

Early in the new year almost 1,200 displaced people were living in the compound in Yei, the good news is that that number has now gone down to around 250 as people begin to return to their villages.

The diocese still needs more assistance to look after the internally displaced people and there is still concern for the safety of those who have left the camp to return home.

During her two weeks in South Sudan, Jenny Smyth will visit each of the four ECS dioceses with whom CMSI are linked – Yei, Maridi, Ibba and Kajo Keji.

As well as following up on the impact of funding from the Emergency Appeal, Jenny will visit various other projects in each of the dioceses supported by Church of Ireland parishes through CMSI, meeting the people involved, assessing the impacts and looking at the next steps. She will also visit Juba and Bishop Gwynne theological training college.

Jenny said: “Visiting is also a sign of support for our partners as they experience such a difficult period in the history of their new nation. I will assure them of the ongoing prayers of the Christians in Ireland, and the many messages of encouragement as they seek to live out the gospel message of hope even in the darkest of situations.

“It is important that we stand by them as fellow workers in God’s kingdom, giving practical help and support where we can.”

We will report on Jenny’s trip to South Sudan on her return. You can make a donation to CMSI’s Emergency Appeal for South Sudan here.