Menu
Home > News > Hope in the midst: An update from South Sudan

Hope in the midst: An update from South Sudan 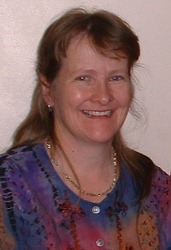 CMSI Partnership Co–ordinator Jenny Smyth has visited South Sudan to see how the Church is responding to the ongoing crisis there.

The crisis erupted last December when a political row spiralled into tribal warfare. The Church of Ireland Gazette (publication date Friday April 18 2014) reports that the crisis is in fact escalating, with 708,900 people internally displaced.

With violence continuing, the Gazette reports that nearly 1,000 people a day are seeking refuge in neighbouring countries and the number of lives lost is estimated to be in the region of 10,000.

In response to the political unrest that erupted in Juba, the capital of South Sudan, in December, CMS Ireland launched an Emergency Appeal on January 15, asking for prayers and financial help for its partners.

To date, more than £42,000 has been raised for this appeal, with significant support from the Dioceses of Connor, Down and Dromore and Albany (USA) – each of whom has a partnership link with one of the South Sudan dioceses.

In South Sudan, Jenny – who lived for many years in Connor’s partner diocese of Yei – found hope and inspiration from the work and witness of the Church in South Sudan and from the vision and dedication of its leaders.

She reports on her visit as follows: 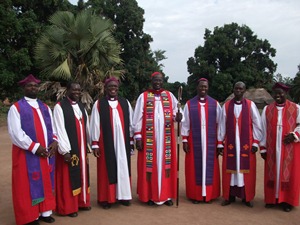 During Lent, Archbishop Daniel Deng is carrying out pastoral visits throughout the dioceses of South Sudan. This is a tense and difficult time in the history of this new nation following an attempted coup in December 2013, which stirred up deep–felt hostilities and led to bitter inter–ethnic fighting. Towns were razed to the ground, sparking random, ethnically–motivated revenge attacks in other areas. Parts of the north east of the country continue to suffer waves of fighting as the army and rebel forces battle to take and retake control.

The cycle of killing is continuing, many thousands lie dead, and hundreds of thousands have fled their homes to seek sanctuary in other places. The movement of these people is also causing problems of its own, with local populations struggling to cope with the influx of people, often traumatised and many with no means of support or of contacting their families. Many have lost relatives, parents or children on the way. Adding a further complication are the IDCs (Internally Displaced Cattle) accompanying some of the displaced people. Moving from pastoralist areas of the country, these cattle graze on crops and trample the land, causing considerable resentment among the local people.

How does the Church respond in a situation like this? How do people live out their faith in this challenging environment? What relevance has the Christian message? 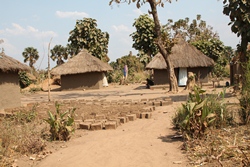 As leader of the largest church denomination in South Sudan, Archbishop Daniel Deng has spoken out clearly. He called all his bishops to remain within their dioceses if possible, so that they can be a voice for peace in the tension, ready to offer a prophetic and pastoral ministry to their people.

Archbishop Deng also encouraged the Archbishop of Canterbury to go ahead with his planned visit to South Sudan at the end of January, so that he could be properly apprised of the crisis and see for himself the devastation caused. Together, they visited the town of Bor, razed to the ground by waves of fighting, the area totally devoid of people, other than the bodies that lay unburied. The solidarity expressed through such a visit was a great encouragement to the Church leaders and congregations who have suffered deeply and find themselves living out their Christian faith in an unpredictable and dangerous environment.

In some areas churches, pastors and church workers have been deliberately targeted. There are reports of unarmed people taking refuge in church buildings and then being brutally murdered there. In one incident members of the Mothers’ Union were sleeping overnight in the church, believing it to be safer than their homes, when they were all killed.

Archbishop Daniel Deng has been asked by the government to chair the ‘National Truth, Peace and Reconciliation Commission’ for the country, tasked with surveying all the regions to find out what problems have resulted from the fighting, to explore the roots of the conflict, to make recommendations and find a way forward. No small task.

In each of CMS Ireland’s four partner dioceses (Ibba, Maridi, Kajo–Keji, Yei), the bishops and pastors have been a voice for peace. They have spoken God’s word into situations of deep suffering, high tension and profound evil. The dioceses have been able to offer some relief to the desperate displaced people coming to the church as a place of sanctuary. This is a delicate balance: to provide support for those displaced without the local people feeling marginalised, overwhelmed or threatened. The church leaders have visited barracks and institutions where tensions have threatened to boil over into conflict, bringing calm and urging people to stand together as one nation under God.

In this context the Archbishop decided on a pastoral visitation tour to encourage his bishops and pastors and challenge the Christians to live out their faith, to let biblical principles guide their relationships and to place their hope in God. Archbishop Deng also wanted to see for himself the issues the Christians in each diocese are facing. He urged the congregations not to be shaken in their faith because God is in control. During the tour, he visited local leaders, praying with them, emphasising the importance of church and state working together for up building the nation.

As it does with other countries, CMS Ireland seeks to establish and nurture Partnership Links between parishes in Ireland and dioceses within the Episcopal Church of Sudan and South Sudan. These partnerships are greatly valued and are a real encouragement to Christians struggling to work out their faith in such challenging circumstances. Partnerships also offer channels of practical support, which help build hope in situations of despair and offer practical expressions of God’s love.

From my recent visit to South Sudan, my overall impression is that the country is like a tinderbox, with ongoing atrocities and community disintegration in some areas threatening to engulf the whole nation. In the face of all these challenges, the church is being what the church should be: A people of prayer, a beacon of hope and a prophetic voice that takes the lead in setting a vision of unity in diversity. The Church in South Sudan is living out faith with compassion and grace as it offers practical support to those who suffer and provides places of sanctuary to those who feel threatened and

As Archbishop Deng leads the church forward aware of his great responsibilities his message is clear:

There is something here we can all learn from.