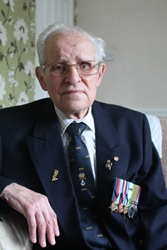 On Thursday June 6, Lisburn D–Day veteran Tommy Jess was out and about in the city as normal, but for Tommy, that day was not a normal day – it was the 70th anniversary of the D–Day Landings.

When rushing to catch a Busybus home Tommy, a parishioner at Christ Church Parish, was asked about his thoughts on the 70th anniversary ceremonies taking place that day. His reply: “This is a sad day for me.”

He said that his ship, HMS Lapwing, had left Milford Haven on June 5 1944 taking American soldiers to Omaha Beach for the D–Day landings.

Tommy, who was a member of the Royal Navy (1942–1946) said he considers himself ‘lucky to be alive.’ He not only survived the D–Day landings, but also recalls with great accuracy the day his ship was torpedoed in November 1945.

Tommy’s full story will be published in the next issue of the Connor Diocesan magazine, Connor Connections, which will be available in parishes after June 17. 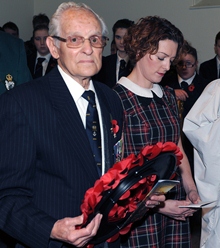 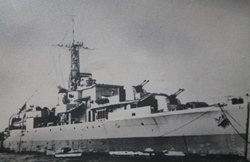