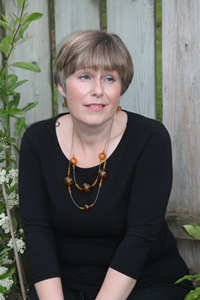 Catherine is a world renowned soprano with numerous operatic roles, concerts and live radio and television recitals to her credit.

As a member of the Celtic Divas, she opened the St Patrick’s Day Parade on Fifth Avenue, New York in 2000, and her London performances include St John’s Smith Square, St James Picadilly, the Wigmore Hall and the Southbank Centre.

Catherine has sung in Adrian Noble’s production of A Midsummer Night’s Dream for the Royal Shakespeare Company in Stratford and has performed with the Ulster Orchestra in all Belfast’s major venues.

She left Northern Ireland to study at the Royal Academy of Music, London, where she gained the highest honour for performance, the Dip. RAM. She came home after the birth of her son Trystan five years ago and now lives in Banbridge.

Catherine, daughter of former Archbishop of Armagh the Rev Alan Harper, has always been a committed singing teacher and has taught singing at the Welsh College of Music, the University of Ulster, and Queen’s University, and is also a Diploma examiner for the Associated Board of the Royal Schools of Music. 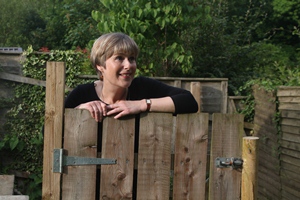 She is now one of three singing tutors working with the Belfast Cathedral cross community Choir School Project, established last September. The project is teaching singing to pupils in Edenbrooke, Sacred Heart and Cliftonville Integrated primary schools in north Belfast, a community outreach which also aspires to train boys and girls for the Cathedral choirs.

As she looks forward to tonight’s concert, Catherine recalls her first performances in the Cathedral. “I did my first Messiah in St Anne’s with the very well–known Ronnie Lee when I was 16, and sang in the Cathedral again when I was 18 in a Christmas concert along with Philomena Begley, which was really good fun,” said Catherine.

But although she has been back in Northern Ireland for a number of years, and has worked in the Cathedral for part of that time, this will be Catherine’s first concert in this iconic city centre building since her teens.

“I am still a professional singer even though I don’t do opera anymore and I have this other job,” Catherine said. “Once Trystan was born I did not want to be away for him for the length of time I would have needed to be away to continue my career in opera. 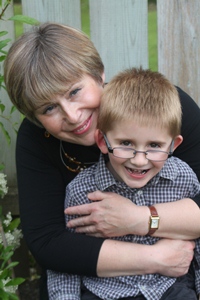 “I did not feel being a full time singer was compatible with being a mummy. There are a lot of late nights, and if you want to be there at bathtime and bedtime it is not a job to have.”

Catherine did go back to her singing career briefly after Trystan was born. “He was nine–weeks–old when I went back to work with the Welsh National Opera. It was much too soon, my body was physically not ready for it and I was literally at rehearsals with a baby on my shoulder,” she recalled.

“That is when I decided I had to give it up. I was miserable and Trystan was miserable. I knew I still wanted to sing, but it was going to have to fit in with life, rather than being life.”

And so Catherine began to focus on teaching singing, rather than performing. “When I was in college and throughout my singing career I loved teaching and always felt it was as important to me as being a singer,” she said.

When Trystan was a toddler, Catherine taught privately, performed some concerts both locally and in mainland Britain, and taught at the Welsh College of Music, commuting to Wales for two days every other week.

“After three years of that I was exhausted, and had decided to stay at home when I had a call from David Stevens, Master of the Choristers at St Anne’s. He asked me to give singing lessons to the choir girls to help them look after their voices, so I was already involved in teaching in St Anne’s when the Cathedral launched its Choir School Project.”

In St Anne’s Cathedral tonight, Catherine will sing Neun deutsches Arien by GF Händel. “This music I have picked to sing is from the new romantic era and emphasises the importance of nature reflecting God’s bounty,” Catherine said.

“I love working in the garden, and my mother is from a farming background. One of the reasons I like these pieces so much is because they have such a focus on nature.”

Catherine will be accompanied by Belfast Baroque. The concert begins in St Anne’s Cathedral, Donegall Street, Belfast, at 7.30pm tonight (Friday June 13) and admission is free.