Institution of new rector in Dummurry

The Rev Adrian McLaughlin was instituted as rector of the Parish of Dunmurry by the Bishop of Connor, the Rt Rev Alan Abernethy, on June 18. 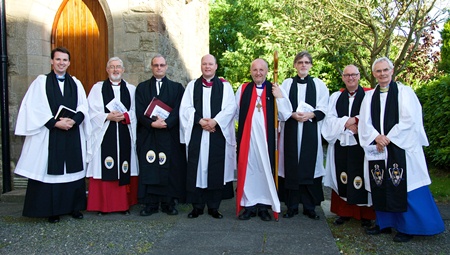 Former Curate Assistant in the Parish of Bangor Abbey, in the Diocese of Down, Adrian is married to Christine, a chemistry teacher at at Belfast Royal Academy and the couple has two children. 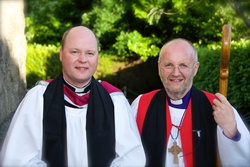 Before ordination Adrian was Director of the Pipe Organ Preservation Company and also ran a part–time fireworks display business.

From 2003 until 2006 he was organist and choirmaster at Drummaul Parish Church in Randalstown, and he has also taught religious education and music and chemistry in various schools across Northern Ireland

His many interests include gardening, cooking and baking, oil painting, DIY and bowls while he enjoys singing, playing and composing for the piano and organ and organ building.

Adrian maintains an interest in science. He has restored a derelict house in Brittany, France and has a great passion for church architecture and all things antiquarian and ecclesiastical.

Adrian said: “I have had a long association with Dunmurry. I lived in Dunmurry for five years as a student at the Bible College and my wife taught at Hunterhouse College. I was also kindly given permission by the then rector to practice on the organ at St.Colman’s during my time at Belfast Bible College.” 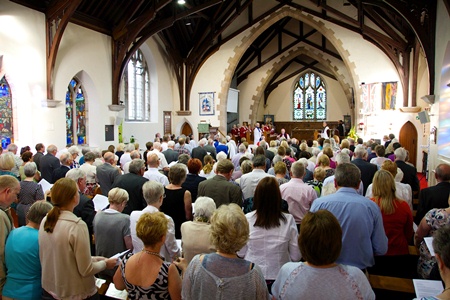