MBE for services to education for Jordanstown parishioner 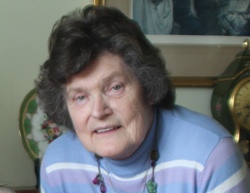 Mrs Pamela Noble, a parishioner of St Patrick’s Parish Church, Jordanstown, has been awarded an MBE in the Queen’s Birthday Honours.

Pamela receives the award for services to education. She is married to Denis and is daughter–in–law of Billy Noble, aged 105, who features in the summer issue of our diocesan magazine, Connor Connections.

Pamela has been a member of the Board of Governors at Thornfield House School for 27 years, and said her honour is for all at the school.

We are grateful for the following report by Victoria Leonard of the Newtownabbey Times.

The chairman of Thornfield House School’s Board of Governors has been awarded an MBE in the Queen’s Birthday Honours.

Pamela Noble received the royal seal of approval in recognition of her 27 years on the Jordanstown school’s Board of Governors, 17 of which have been served as chairman.

The Jordanstown resident told the Newtownabbey Times she was shocked but pleased to receive the award, which she says is an honour for everyone at the school. She stated: “Thornfield School has always been close to my heart and it’s such an honour to be involved with it. 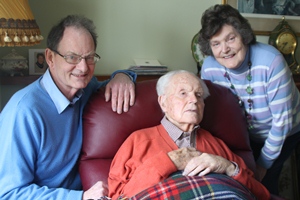 “I really do feel honoured and humbled, this was totally unexpected. I was very honoured to be asked to join the Board in the first place and felt part of a very happy and well run school which always worked with the interests of the pupils in mind and with the focus of helping them to develop to their full potential. The award is a delightful way of being thanked for being of service to the school and I am privileged at having been the one in the school who was chosen to receive it.”

While she is now an integral part of the Jordanstown community, Pamela’s early life was spent abroad due to her father’s career in the services. Born in the Indian town of Agra, where the Taj Mahal is located, Pamela trained as a secretary when the family returned to the UK.

However, in her early twenties she travelled to Libya, where she worked for the government on educational initiatives such as locust control. She then held various secretarial positions in the UK.

After meeting her husband Denis, Pamela returned to Northern Ireland where the couple set up BTP publishing, dedicated to accountancy books. In 1987, she became a member of Thornfield School’s Board of Governors and took up the role of chairman in 1997.
Pamela is also actively involved in local politics, particularly with the UUP, and has given her support to councillors and MLAs.

While at the helm of Thornfield’s Board of Governors, Pamela has been involved in a number of projects which have benefited the school’s pupils. Her husband Denis revealed: “Pamela has helped the kids undertake business exercises which gave them business experience, and she really enjoyed that.

“She also enjoys seeing the children’s creativity–plays, singing and dancing. It’s important that the children develop these skills.”

The couple are now looking forward to travelling to London in October or November to receive the MBE honour.

Pamela said: “I am looking forward to seeing Buckingham Palace. It is a very special place to go for the ceremony.

“I would say that this is a crowning achievement. I am the Chairman of the Board of Governors but this is an honour for the whole school.

“It is a great wee school. It is an honour for the teachers, children and parents as well.”