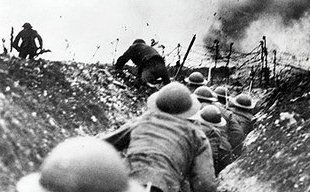 The outbreak of World War One will be remembered at a poignant centenary service in St Anne’s Cathedral, Belfast, on Monday August 4.

This is one of a number of services marking the 100th anniversary of the start of the Great War, and Her Majesty the Queen will be represented in Belfast by His Royal Highness The Duke of York KG.

Secretary of State for Northern Ireland, The Right Hon Theresa Villiers MP, will also be in attendance with other representatives of civic and political life. Senior figures from the main churches in Northern Ireland will be present along with representatives of other faith communities. Heather Humphreys TD, Minister for Arts, Heritage and the Gaeltacht of Dáil Éireann will also attend.

The service will be led by the Dean of Belfast, the Very Rev John Mann, and the preacher is the Most Rev Dr Richard Clarke, Archbishop of Armagh.

Young people will light five candles during the service, each representing a year of the war. The Duke of York will read a lesson and will light a candle to commemorate the occasion. This will be placed beside one of the eight volumes of books kept in the Cathedral which record the names of all those from across the island of Ireland who fought and died during the 1914–18 war. 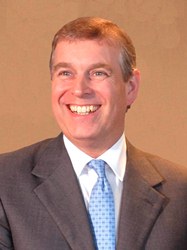 Music will be provided by the Cathedral Choirs, directed by Master of the Choristers David Stevens, and their repertoire will include the moving In Paradisum by Gabriel Fauré.
There will be a distinctly Irish flavour to the service, with hymns including St Patrick’s Breastplate and Be Thou My Vision. Ian Barber will preside at the organ.

The Chairman of the Northern Ireland First World War Centenary Committee, the Rt Hon Jeffrey Donaldson, will read an Ulster poem of the First World War.

Dean Mann said: “The service commemorating the centenary of the outbreak of the First World War is a quite unique occasion, requiring deep reflection; and some sensitivity to and understanding of the world as it was in 1914.

“There will be remembrance, but more vital even than that element at this particular service is the need to contemplate the profound emotions and inner tensions of the national soul, as the steps to war are taken. So the focus is also on today; upon the world’s conflicts and contrition and sadness at humanity’s apparent inability to prevent them.”

Admission to the service is by invitation only.