The ringers of St Patrick’s, Ballymena, rang the church bells for the Royal British Legion WW1 Service which was held in the Memorial Park, Ballymena, on August 4.

St Patrick’s bells rang out as the RBL parade passed the church on its way to the Memorial Park. Later that evening a single bell tolled during a Vigil in the park. Members of the public who attended the Vigil which followed the Service commented how poignant the single bell was tolling in the clear night air. 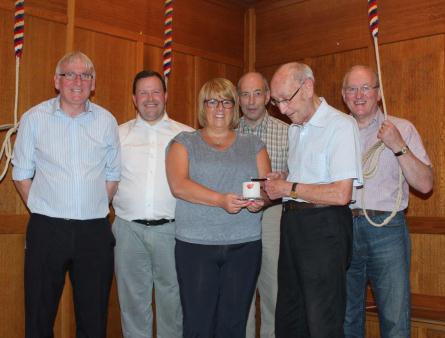 Tower Captain Sam Letters is pictured lighting one of the candles for the ‘Lights Out’ as Ronnie Fleming, Alastair Marrs, Jayne Service, Ivan Stacey and Colin Watt look on.