Institution in Armoy, Loughguile and Drumtallagh 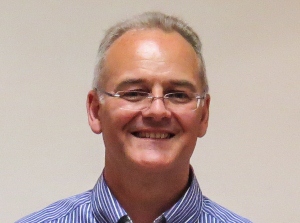 The institution of the Rev Chris Easton as rector of Armoy, Loughguile and Drumtallagh parishes will take place on Tuesday August 12.

The service will be held in All Saints, Loughguile, starting at 8pm.

Chris comes to the Armoy group of parishes from Whiterock, Belfast, where he was Priest–in–Charge for four and a half years. He has previously served as rector of Inishmacsaint, Co Fermanagh; Magheralin and Dollingstown in Down and Dromore Diocese and St Patrick’s, Coleraine, in Connor Diocese. He was curate in St Donard’s, Belfast.

A native of Bangor, Co Down, Chris is married to Gillian and they have four children.

He said he was looking forward to his new role. “This group of country parishes will be very different to Belfast,” he said. “I am looking forward to getting to know everybody in Armoy, Loughguile and Drumtallagh and to journeying with them from wherever they are at.”