Video highlights topics to be addressed by Synod speaker 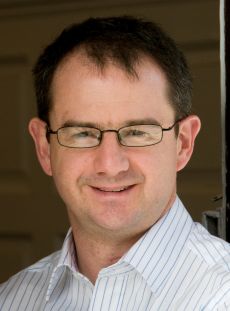 Keynote speaker at the evening session of the 2014 Synod of the Diocese of Connor will be Neil Hudson of the London Institute for Contemporary Christianity.

Neil has recorded a video (watch on YouTube) which give a preview of the type of issues he will be discussing when he attends Synod in Carrickfergus on October 1.

Neil began working with London Institute for Contemporary Christianity as the Church–Life Consultant on the Imagine project in 2006 and took over as Imagine Project Director in 2010.

In 2012, Neil published Imagine Church reflecting on the lessons that had been learned from working with churches as they engaged with the challenge of developing a culture of whole–life discipleship. Together with Tracy Cotterell, he also published a Grove booklet entitled Leading a Whole–life Disciplemaking Church.

For the previous ten years he worked at Regents Theological College, serving there latterly as its Vice Principal.

His main areas of teaching concerned the missiological relationship between the Church and wider society. As well as working for LICC, he co–leads a church in Salford, Greater Manchester.

Neil will lead a morning session for clergy entitled ‘Beyond Caring’: How can we create church communities that equip disciples rather than just care for Christians?

In this, Neil will explore the idea of giving people a sense of ownership for the places where they find themselves most of the time and a framework for understanding how they might serve God’s purposes there.