Saddle Up at Kids’ Activity Week in St Paul’s, Lisburn 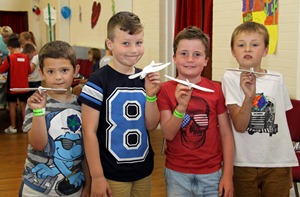 Saddle Up – Yeehah! – Such was the cry of ‘Buffalo Bob’ and the response of 163 primary school aged children during the ‘Wild West’ theme drama at a Kids Activity Week in St Paul’s Parish, Lisburn.

The drama, written by Youth and Family Worker Chris Neilands and performed by Buffalo Bob, Sneaky Sam, and Rodeo Rose captured the children’s imagination each night as Sneaky Sam did his worst to trick the others. When Sneaky Sam was finally ‘redeemed’ the children were delighted!

The children enjoyed professional football coaching, drama coaching, and a wide range of sports, games, craft, baking and all sorts of fun throughout the week which was sponsored by Lisburn City Council.

At the Family Fun Night on the final evening, Mayor of Lisburn, Alderman Andrew Ewing, the PSNI Neighbourhood Police Team, local firefighters and more than 250 mums, dads and children joined in the fun. 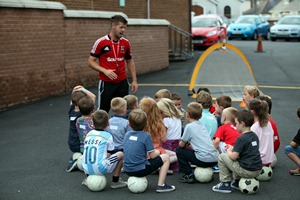 The children loved being firefighters and climbing into the fire engine, being ‘locked up’ in the PSNI van, (as did the Mayor and Canon James Carson!), making magical items at the ‘Doodlebugs’ pop–up craft stand, the puppet show, bouncy castles, ice cream van, barbecue, vintage café and games.

This was a fun–filled week at St Paul’s enjoyed by everyone. 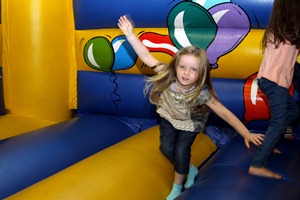 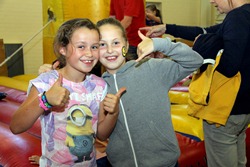 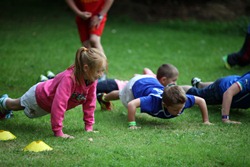 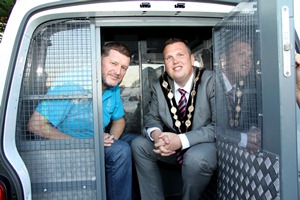