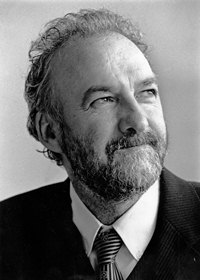 Roger Dixon MBE who will deliver the second of Belfast Cathedral’s Autumn Talks on October 8.

Historian Roger Dixon MBE will be guest speaker at the second in the series of Autumn Talks hosted by Belfast Cathedral at lunchtime on Wednesday October 8.

Roger, who works for the National Museums of Northern Ireland and regularly writes, lectures and broadcasts on aspects of Ulster’s history and culture, will speak about the great landowners of Belfast.

He will recall the history and stories associated with Belfast’s great land owning families and their mansions, looking in particular at the Chichesters and the Shaftesburys and their involvement with the city and people of Belfast.

Over the past decade Roger has been a member of the British Library Advisory Council, The New Opportunities Expert Panel on Digitization, Chairman of Library and Information Services Council, a member of the Cabinet Office Advisory Panel on Public Sector Information and has been Trustee of a number of Northern Ireland Public bodies .

He is currently Chairman and Director of Newsplan 2000, a charitable company which works with the British Library and other National Libraries to save the nation’s historic newspaper collections. He was awarded the MBE for services to Museums in 2005.

The Autumn Talks will continue on Wednesday November 12 when Dr Marion Gibson’s topic will be ‘Meet the disaster woman.’

The last speaker in the series is Dr Grace Clunie who will talk about Celtic Spirituality.

All talks get underway at 12.45pm and last approximately 45 minutes. Refreshments are served from 12.15pm. A suggested donation for all talks is £5.