Poppies for Remembrance at Magheragall Parish 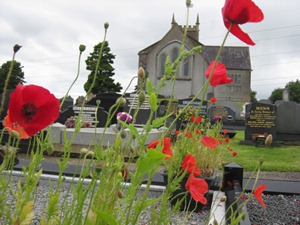 Poppies dancing in the breeze outside Magheragall Parish Church in August.

Poppies for Remembrance took on a special significance in Magheragall Parish Church in this year which marks the 100th anniversary of the outbreak of World War One.

At their special service last June, the children of the Sunday School planted poppy seeds, a gift from the Royal British Legion. The Legion’s initiative aimed to encourage community groups to remember the centenary of the beginning of the war.

During the service, the rector the Rev Nicholas Dark, spoke about the parable of the sower. 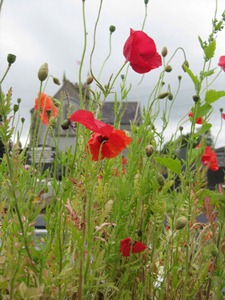 The poppies bloomed in August in time for the 100th anniversary of the outbreak of WW1.

“I spoke about the importance of Sunday School, in partnership with parents and the rest of church in providing the good ground within which the young lives entrusted to the church can grow in the faith and produce fruit for Christ,” Nicholas said.

The poppies bloomed in August in time for the commemoration of the outbreak of the war, and as Remembrance Day approaches, images of the beautiful poppies dancing in front of the church are displayed on the parish Facebook page. 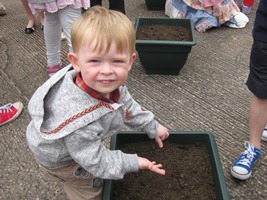 Flashback to June, when the children of the Sunday School planted the poppy seeds. This young man is hard a work!

Over this period of Remembrance, we thought we would share some of these images – with thanks to Magheragall Parish and particularly the children of the Sunday School.