Commemorating the contribution of Irish Church Lads to the Great War 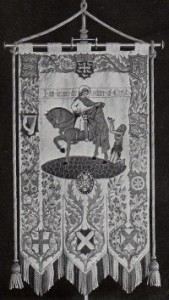 The Church Lads’ & Church Girls’ Brigade is embarking on a project to commemorate the contribution of Irish Church Lads to The Great War.

Brigade lads from Ireland joined with members from all parts of the world to provide a remarkable story involving great courage and sacrifice.

It is estimated that a quarter of a million former members of the CLB volunteered for service during World War One. Virtually every Brigade member of appropriate age joined the Colours immediately. Many younger lads lied about their age and soon found themselves facing danger at the front.

Hundreds of Brigade lads from Belfast, over one hundred from Limerick, and dozens more from Armagh, Ballymena, Cork, Drogheda, Enniskillen, Lisburn, Londonderry, Portadown and Portrush joined up, eager to do their duty. Those who wavered were told by the Chief Staff Officer, Walter Gee, ‘Don’t hesitate. For Church and Country throw up your job and be a man.’

Mostly they fought with the famous Irish regiments but many served with English or Scottish regiments. Others, who had emigrated to Australia, Canada or New Zealand in search of a better life, returned to fight with the armed forces of their adopted countries. 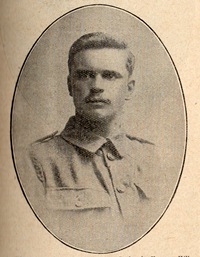 Along with more than a thousand others from Britain, men from Cork, Limerick and Portrush helped to form the 16th (Service) Battalion King’s Royal Rifle Corps. The CLB Battalion was so highly regarded that it was often treated like a regular battalion. Out of seven Distinguished Conduct Medals awarded to members of the Battalion, two went to Portrush men Sergeant Major Harry Hamilton and Corporal George Bothwell.

By the end of the war, 20,000 Church Lads had been killed and another 20,000 wounded. Over 1,000 decorations for bravery had been awarded, including 21 Victoria Crosses. The French Government presented Brigade Headquarters with a Diplome D’Honneur in recognition of the contribution of the C.L.B. to the War Effort.

The centenary of the outbreak of war was deemed an appropriate time to remember the sacrifices of these men. The Brigade’s planned project has a number of elements – the provision of a War Memorial Banner, the publication of a book, research into the life of a soldier and the design of a commemorative badge to be worn in uniform.

In 1921, the St. Martin’s Banner was dedicated and placed into the care of the Dean and Chapter of Westminster Abbey in memory of those who had been killed. At the time, members of the Brigade were asked to contribute one penny towards its cost.

Today’s members will be asked to contribute one pound to provide a new banner in memory of Irish Church Lads who were killed. The banner will be dedicated at a special service and will have a treasured place at important Brigade occasions. It is hoped that the banner will be displayed in parish churches throughout Ireland.

A book, ‘Irish Church Lads in the Great War’, is to be published. Much is already known about CLB men from this island, such as the story of Sergeant Major Harry Hamilton of the 16th KRRC who, hearing the cries of a wounded colleague, left the trenches to rescue his comrade, was then himself seriously wounded and sent back to a hospital in England to recuperate. This brave soldier was awarded the Distinguished Conduct Medal. 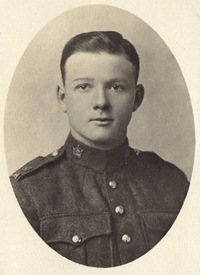 However, knowledge is far from complete. Recently, quite by accident, the story of George Bolster from Cork emerged following contact with a family member. Following his father’s death, George emigrated to Canada and settled in St Mary’s, a small town near London, Ontario. He enlisted and returned to Europe with the 3rd Battalion Canadian Machine Gun Corps and was killed in action in Arras, France, on  August 26 1918.

George Bolster’s name was inscribed on the St Nicholas’ Church War Memorial in Cork but, until contact with his family, it had not been possible to ascertain whether he had been a member of the Church Lads’ Brigade. It is hoped that other families may come forward and help identify servicemen who had previously been in the CLB.

The Brigade will be organising two competitions. One will require its lads and girls to carry out research to learn about the life of a Great War soldier from their own parish or family. Another will ask members to produce a design for a commemorative badge. The winning entry will be used to manufacture a woven badge for uniform and will be worn throughout the period 2014 to 2018.