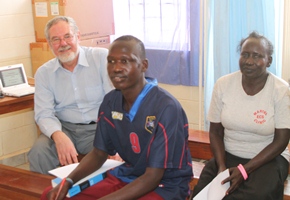 Dr Frank Dobbs with staff at the Martha Clinic during training sessions he ran in Yei in 2013. He will return to the clinic in January.

They will be in Africa from January 8-18, and Frank will have teaching input at the Martha Clinic and will attend the reopening of the Bishop Allison Theological College which is being relocated to Yei after many years in Arua, Uganda. 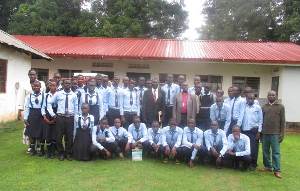 The group will see the development of the new church secondary school – Immanuel Model Senior Secondary School – which will have its second intake of students in January, and they will also take part in a diocesan youth conference.

Frank first travelled to Yei in March 2010, when he visited local health centres in Lainya, Roronyo and travelled with the mobile clinic which visits outlying villages each day.

He returned with the Bishop of Connor, the Rt Rev Alan Abernethy, and a Connor team in January 2013 and during this trip he held a number of meetings at Yei Hospital and ran training sessions for local nurses and staff of the Martha Clinic. 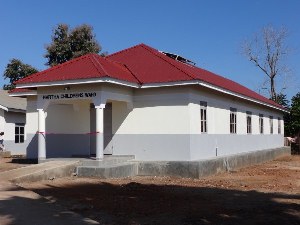 The second children’s ward of the Martha Clinic, Yei, which opened recently.

His next trip will again focus on the diocese-run Martha Clinic and the many thousands of patients who avail of the vital services it offers. The clinic has recently opened a second children’s ward.

“I am going to be looking at the medical records of the Martha Clinic,” Frank explained. “All patients hold their own records in an exercise book which each patient brings to the clinic when they visit. In developing countries it is too complicated to keep records on a computer database.

“The patients look after the books because for most of them it is the only book they possess.” 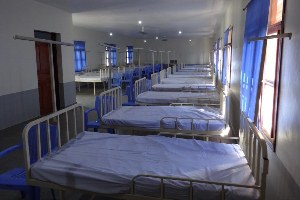 The large, bright interior of the new children’s ward at Martha Clinic.

Frank believes the books could be used more effectively if each has a summary of any long term illnesses at the front and a list of regular medications the patient receives at the back, along with a new structure for staff when assessing a patient.  He plans to offer staff training to bring about these changes.

Frank will also hope to revisit Yei Hospital and meet its Director.

He is looking forward to the opening of the Bishop Allison Theological College now that it is back in Yei. “The College has been operating in Arua since the start of the civil war, so its relocation to Yei is a very exciting development,” Frank said.

Jenny Smyth emphasised the significance of the return of the college to Yei. “The reopening of Bishop Allison Theological college in Yei is a big landmark, the result of years of praying towards this goal. A CMS Britain mission partner couple are going to Yei and will help with some teaching input for the college and some admin input at the diocesan level,” Jenny said. 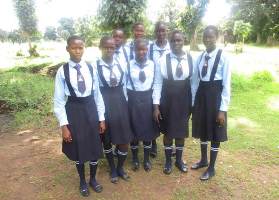 Looking smart in their uniform are girls who attend the new Immanuel Model Secondary School.

Frank will also be keen to meet the students at the Immanuel Model Secondary School, which does not yet have permanent buildings but is about to take in its second year of students.

And he hopes to bring greetings from Connor Diocese to the young people attending the Youth Conference. The conference programme covers topics such as basics of Christian beliefs as well as the liturgy during the daily sessions, and in the evenings the young people will take part in discussions about relationships and Christian living.

A visit to Yei by a Connor team was due to take place in January 2014, but was postponed indefinitely because of civil unrest which broke out in the South Sudan capital Juba in December 2013 and spread to other parts of the country. For a time, the Diocese of Yei had to feed and accommodate several hundred internally displaced people in its buildings. Connor Diocese supported a CMSI Appeal for funding for the church to help it meet the needs of the people who had turned to it for shelter.

Frank said that all internally displaced people are now being cared for by the UN in camps in Yei, taking the pressure off the resources of the diocese.