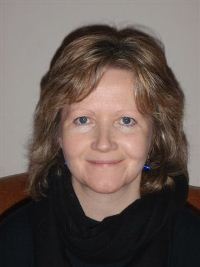 The final speaker in this year’s Autumn Talks series at St Anne’s Cathedral, Belfast, on Wednesday December 10 is the Rev Grace Clunie.

Grace is an Anglican Priest and Director of The Centre for Celtic Spirituality, an inter-church organisation based at The Navan Centre, Armagh.

After ordination in 1995, Grace served in Newtownards, Portadown and Belfast and was appointed Director of The Centre for Celtic Spirituality in 2007.

Speaking about her current work she said: “The contemporary spiritual search is leading many to re-examine their Christian faith in relation to urgent issues of our time such as global warming and human responsibility for the future of the planet.

“This has resulted in a revaluing of the practices of the first Christians of these islands, who lived in close relationship with the rest of creation and whose spirituality and prayer perceived the sacramental in nature and the presence of the Sacred in everything.”

Grace’s talk will begin at 12.45pm and will last approximately 45 minutes. Refreshments will be served from 12.15pm and a suggested donation is £5.