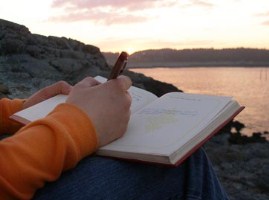 A young writer whose original prose powerfully engages the reader has picked up the top prize of €1000 in the Church of Ireland’s First World War short story competition.

Carys Aldous-Hughes’ story ‘An Inhumane Humanity’ was announced as the winter by the Church of Ireland Historical Commemorations and Centenaries Working Group which organised the competition for 15-21-year-olds.

The entries were judged anonymously by a selection panel chaired by the renowned author Glenn Patterson and including the historian Prof David Hayton; Bishop John McDowell, Chairman of the Church of Ireland Historical Commemorations and Centenaries Working Group and Dr Paul Harron, the Church of Ireland Press Officer.

The judging panel praised Carys’s story for the originality of its prose and because it makes the reader think.

The panel said: “It is a story which keeps the reader highly focused on a particular character in certain circumstances. The reader becomes powerfully engaged with the narrator so that they identify effectively with the subject. The judges felt that the writer had fully imagined the story in a convincing way.”

Runner-up prize of €300 was awarded to Alice O’Donnell for ‘One Woman’s War.’ The judges were impressed by this ‘well written, highly engaging and touching story’ inspired by the writer’s great-great Aunt who was a nursing assistant during the First World War.

A Highly Commended prize of €200 was awarded to Kathryn-Anne Frazer for her story entitled ‘Recall.’ The judges enjoyed the author’s interplay between diary entries and specific events during and after the War creating a ‘poignant and well-conceived piece of writing.’

In addition, the following short stories were selected on their merit for online publication on the Church of Ireland website early next year:

‘The Hills’ by Enya O’Connell-Hussey

‘On the Sound of a Gun’ by Christy Grattan

‘Hear them Cry’ by Helen Moriarty