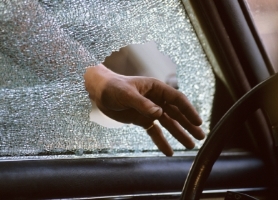 Thieves stole a handbag from a car at Magheragall Parish Church last Christmas.

Lisburn Police are warning that there have been a number of incidents of theft from churches in the district recently, especially in rural areas.

They have urged clergy to be extra vigilant over the Christmas period and remind parishioners to keep their valuables and money out of sight.

An incident of this nature happened at Magheragall Parish during the Senior Citizens Christmas dinner on December 13 last year, when a car parked in the church car park was broken into and a handbag was stolen.

The rector, the Rev Nicholas Dark, said the family involved had brought their child, a pupil and choir member at Ballycarrickmaddy Primary School, to the church hall where the choir was singing after the dinner.

“The theft of a handbag from a car was very distressing for the family involved, and it also upset and annoyed all who heard about it,” said Nicholas.

“It is very sad that there are people in the community who would commit such crimes, causing upset and hurt.”