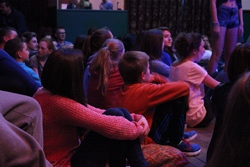 Young people can look forward to a year packed with events organised especially for them as Engage Connor Youth unveils its programme for 2015.

The popular EVENT will be back both in Ballymena and Antrim, as will REVEAL in Muckamore and the inspirational Inspire leaders’ night coming up on January 20 in Randalstown.

Connor Takes the Castle, which proved a hit last September, will take place again this year, returning to the stunning setting of Castlewellan Castle and tents and sleeping bags will be at the ready for the annual Summer Madness Connor camp out in Glenarm. 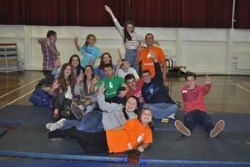 Fun at the 2014 Reveal event in Muckamore. Reveal will take place again in 2015.

On top of all that, Engage Connor Youth is also planning a big Street Reach over three days in July, Prayer Road Trips around the diocese in April and a Day of Healing in St Anne’s Cathedral in June.

Following the departure of the Rev Peter Ferguson to take up his incumbency in Derg and Termonamongan, Diocese of Derry, Engage Connor Youth is being co- chaired by Zara Genoe, Lisburn Cathedral, and Sharon Hamill, Church of the Resurrection, Queen’s .

Keep an eye on our Youth Pages for more details of events as they are coming up.