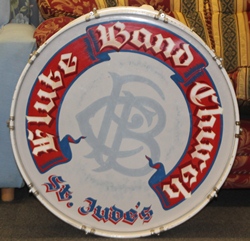 St Aidan’s Parish Church, Belfast, is celebrating 120 years of ministry in Sandy Row during 2015 with a range of events that will reach into the community of which it is part.

The celebrations get underway with a Flute Band Concert headlined by Flute Band Church from St Jude’s, Muckamore, under the leadership of the Rev William Orr.

The concert will be held in Rangers’ Social Club starting at 7.30pm on Wednesday March 4, and will also feature some local bands.

Priest-in-Charge of St Aidan’s, the Rev Bobbie Moore, explained that a look back at parish magazines published the year the church was consecrated showed that St Aidan’s had its own Flute Band Church, with 30 signed up members. 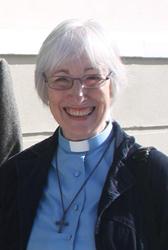 Bobbie believes the Flute Band concert will be something the community in Sandy Row will be drawn to. “We are trying to do things that will actually impact on the community as we celebrate this anniversary,” she said.

“The idea came from our mission team, and is part of our aim to bring the church and Christ’s ministry into the community. As well as the bands, there will also be a gospel message at the concert. This is about meeting people where they are at.”

There will be a more traditional celebration of the 120 years of ministry in Sandy Row with an Anniversary Service on Monday March 23. This begins at 7.30pm and the special guest preacher will be the Bishop of Connor, the Rt Rev Alan Abernethy.

On May 30, the people of St Aidan’s will again step outside the walls of the church and head to Botanic Gardens for a Parish Picnic. “We will transport people who don’t have cars, the park is nice and flat for anyone who is older, so we will be able to include everyone,” said Bobbie.

Work is also underway on a souvenir magazine which will include a history of the parish and is scheduled for publication in March. “The magazine will allow us to look back to the past, but also to the future, building on the strong foundation of ministry that already exists in St Aidan’s,” said Bobbie

As part of looking to the future, renovation work inside the church is almost complete. A big empty space which once housed the organ pipes has been opened up and soundproofed with new glass doors added and will serve as a room for children’s church; the old small kitchen has been converted into a fully accessible disabled toilet and a new kitchen and store is almost complete.