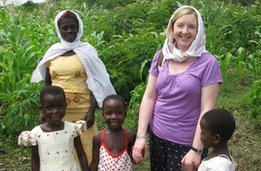 Rosamond Bennett, Chief Executive of Christian Aid Ireland, is one of the panelists at the Ballymacash Discussion Forum on March 31.

The Forum, which has been taking place during Holy Week for a number of years, gets underway in the Canon Jones Hall at 8pm, following the 7.30pm service.

This year’s Forum is chaired by Richard McReynolds. The Panel comprises:

The Forum takes the format of the BBC’s Question Time, and the Panel will consider the following questions:

Once the members of the Panel have had an opportunity to respond to each question, the audience will be invited to make comments and ask supplementary questions.

The Seize the Day Discussion Forum is open to all.