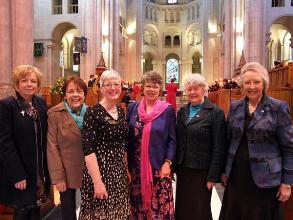 The Dioceses of Connor and of Down and Dromore separated in 1945, and Connor MU became a separate organisation in its own right. 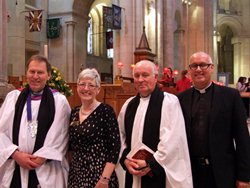 The preacher at the Festival Service was the Very Rev Raymond Ferguson, MU All-Ireland Chaplain, who emphasised the importance of such a service in any diocese. It was, he said, ‘an important rallying occasion … important for diocesan structures and also for the branches which undergird those structures … important for MU members who can be relied upon to rally to the banner and answer the call.’

Referring to the 70th anniversary, Dean Ferguson gave thanks for ‘those who guided and shaped the changes 70 years ago … the faithful, unsung members who have carried on the work in parishes right down to the present day [and] all who have handed the baton on to us.’