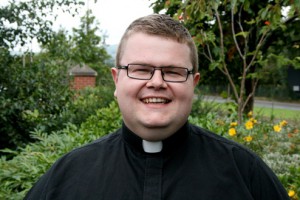 The Rev Adrian Dorrian is the new Chairman of CMS Ireland.

CMS Ireland has announced the appointment of the Rev Adrian Dorrian of St Mark’s, Dundela (Diocese of Down), as the new Chair of the Board of Trustees and President of the society.

Adrian was elected to the role at CMSI’s AGM in Dublin and takes over from the Bishop of Connor, the Rt Rev Alan Abernethy, who had served as Chairman for three years.

CMSI’s Mission Director, Jenny Smyth, said: “We’re delighted with Adrian’s appointment. Adrian is well known to the staff and members of CMSI, having been involved over many years in a variety of capacities. Most recently he has been chaplain, coming into the office weekly to lead devotions and take part in many events.

“Adrian’s sense of humour and ability to connect with people will be a great asset as CMSI continues to build partnership links between parishes throughout Ireland and our Global Partners in Africa and Asia. Adrian will be taking a group from his own parish to visit their partners in Kenya over the summer.”

CMSI’s AGM also saw the election of eight new Trustees, who will join Adrian and the three Trustees whose term of service was continuing.

The new Board meets together for the first time on Saturday May 30.