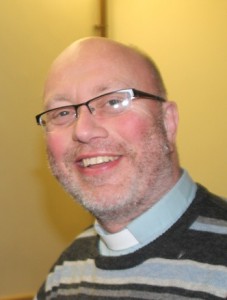 The Rev Derek Kerr will host an exhibition of Royal Memorabilia in Randalstown from September 18-20.

On September 9 Her Majesty the Queen will become the longest reigning monarch in British history, and Royal fan the Rev Derek Kerr plans to celebrate the occasion.

The rector of Drummaul, Duneane and Ballysculliion is hosting an exhibition of Royal Memorabilia in Randalstown Parish Hall from September 18-20.

The exhibition will not only mark this historic Royal milestone, but will raise funds for projects to be delivered by a Fields of Life mission trip to Uganda planned for January 2017. Fields of Life is Her Majesty’s chosen Northern Ireland Diamond Jubilee charity.

In addition to the exhibition, Derek also plans to give his renowned Royal Talk at 8pm on Friday 18th and Saturday 19th.

Derek has long had a passion for all things Royal, and is an avid collector of Royal memorabilia. In February 2012, Drummaul Parish hosted a weekend of events to celebrate the Diamond Jubilee of the Queen’s accession to the throne, with an exhibition and special Jubilee Service.

And in April 2011, Derek was one of the thousands who camped out overnight to get a bird’s eye view of the wedding of Prince William and Catherine Middleton.

The exhibition in Randalstown will be open on Friday September 18 from 7pm-10.30pm; Saturday September 19 from 10.30am-10.30pm, and will remain open after church on Sunday September 20 until 10.30pm. All proceeds will go towards the Fields of Life January 2017 trip to Tabiro, Uganda.

For further details contact Derek on 028 9447 2561 or email derekpkerr@gmail.com