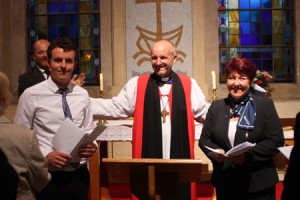 The Diocese of Connor and the Church Army launched the new North Belfast Centre of Mission at a service in St Anne’s Cathedral, Belfast, on September 8.

The service included the Licensing by the Bishop of Connor, the Rt Rev Alan Abernethy, of Sister Karen Webb, Church Army, as Lead Evangelist and Stephen Whitten as Pioneer Evangelist.

The preacher was Canon Mark Russell, Chief Executive of the Church Army, and Karen and Stephen were presented  by Captain Neville Willerton, National Operations Manager for Church Army. 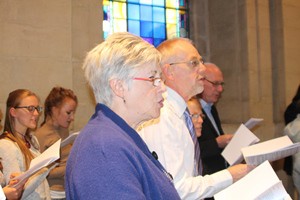 Family and friends gathered for the service in the Chapel of Unity in St Anne’s Cathedral.

The Cathedral’s Chapel of Unity was packed with guests including family and friends of Karen and Stephen and clergy and parishioners from north Belfast.

Karen has been working with Church Army since 2004 as an assistant to Captain John O’Neill, a Church Army Evangelist based in Lisburn. In July 2013 she was commissioned by Church Army as a Church Army Sister.  She now takes up her appointment as Lead Evangelist with the North Belfast Centre of Mission. 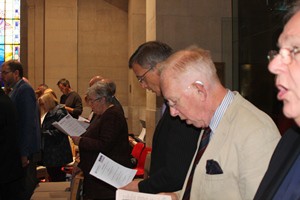 Guests at the service to license Karen Webb and Stephen Whitten as Evangelists in north Belfast.

Stephen grew up in East Belfast and studied Environmental Science at the University of Ulster. He has been involved with Church Army since 2011 when he took part in the Xplore Intern Year Programme, and continued this involvement on a part time basis while at university. He has been working in North Belfast as Pioneer Evangelist since early 2015.

Welcoming everyone to the service, Bishop Alan said it was a very special occasion for him personally, as the process had been in gestation for a number of years.

“Things are happening in Church Army,” Bishop Alan said. “It is a different way of doing Church. I don’t know what is going to emerge, but that is part of our journey of faith.” 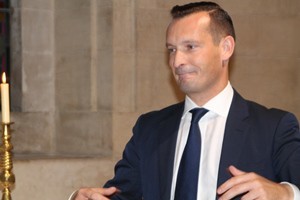 In his address, Mark Russell expressed gratitude to Bishop Alan and his team in Connor Diocese. “We are delighted to share this journey with you into an unknown chapter. We love this city, Jesus Christ loves this city, and we want this city to love Jesus Christ.”

In his sermon, Mark said the image of water appears again and again in the Bible. He recalled how the reading earlier in the service from Genesis 26 spoke of ancient wells filled in. “Water no longer flowed, no longer blessed, these wells no longer enabled people to find life. The water simply didn’t flow,” he said 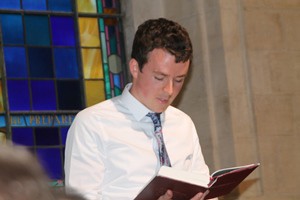 But in the reading Isaac reopened the ancient wells.

“Karen and Stephen will work within a community, serve streets where the church has worked and served for generations. Tonight we recognise that history and we honour those who have served Christ in these communities,” Mark said. 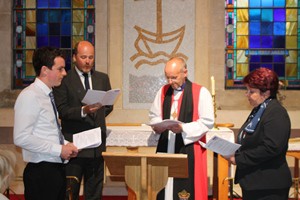 The Licensing of Karen Webb and Stephen Whitten. They were presented to Bishop Alan by Captain Neville Willerton, National Operations Manager for Church Army.

“But we recognise that some of the wells from which people once drew have closed up. That is why we want to do something new and plant this new Centre of Mission.”

Mark said this was not about growing the Church of Ireland, but about connecting a community to Jesus Christ.

“We dream that as these ancient wells are opened up, the lands will bloom again, the barren and dry and arid become alive, full of new growth, the desert becomes an oasis once a well is opened up. Tonight we open something new and pray that it will open something old.”

Mark said that Isaac, in reopening the ancient wells, found a new well. “This is our prayer for this new Centre of Mission. Yes we pray we can reopen the ancient wells, but we pray God shows us new wells. New places where people can find Christ and his living water.“ 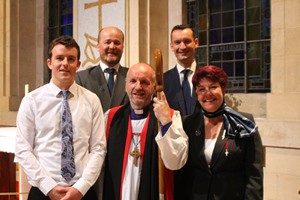 To Karen and Stephen he said: “We thank God for you. We thank God that he has called you to his new ministry, and we rejoice in the fantastic gifts he has given you.”