Historic bell rings out in Stranmillis 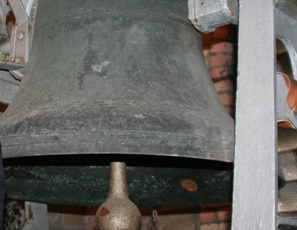 The historic bell high in the tower at St Bartholomew’s, Stranmillis, rang out to mark the day Her Majesty became the longest serving British monarch.

Keeping up with its past historical contributions, the bell at St Bartholomew’s, Stranmillis, rang out on September 9 to mark the longest reign in history of any British monarch.

The same bell had rung at Queen Elizabeth’s Accession in 1952 and also at her diamond jubilee. The very same bell rang at the Accession of Elizabeth I and that of every successive British sovereign down to Queen Victoria, now the second longest reigning British monarch.

The rector of St Bartholomew’s, the Rev Kevin Graham, said: “The church continues to play an important role in the maintenance and recording of history. It is an immense responsibility and privilege to be the steward of such an object that has played a part, however small, in many historical milestones and still proclaims today a moment of historical significance.”