New Canon to be installed in St Anne’s Cathedral 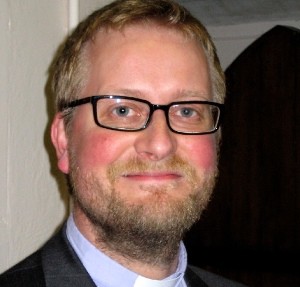 The Rev Michael Parker will be installed a Canon of St Anne’s Cathedral on November 15.

The Rev Michael Parker will be installed a Canon of St Anne’s Cathedral, Belfast, in a service in St Anne’s at 3.30pm on Sunday November 15.

Michael, rector of Carnalea, Diocese of Down and Dromore, was ordained deacon in 1996 and following a four year curacy in St Mark’s Dundela, became incumbent of St Gall’s where he has ministered for 15 years. He is also a member of the Board of Christian Aid Ireland.

Following his election Michael said he was looking forward to sharing in the life of the Cathedral community and getting to know more of its history and its people.

“I think sharing with the Dean in doing the Black Santa Christmas Sit–out this winter will be special,” he said.

“As a member of the Board of Christian Aid Ireland I know just how much of a difference money raised by the Dean’s Sit–Out makes for some of the most needy in our own community and around the world. It is a fabulous effort each year that supports such a range of super charities. What a privilege to be a part of that effort!”