Dean Bond will be representative at Church of England General Synod 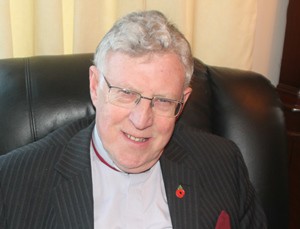 The Dean of Connor, The Very Rev John FA Bond, will represent the Church of Ireland at the Inaugural Service of the Tenth General Synod of the Church of England at Westminster Abbey.

The Dean of Connor, The Very Rev John FA Bond, will represent the Church of Ireland at the Inaugural Service of the Tenth General Synod of the Church of England at Westminster Abbey on Wednesday November 24.

Her Majesty the Queen, will be present, and will open the Synod in the presence of delegates including Dean Bond. The Dean and his wife Joyce will then attend the Ecumenical Lunch hosted by the Presidents of the Synod.

Dean Bond, who retires as rector of Skerry, Rathcavan & Newtowncrommelin in January after 48 years of ministry in Connor Diocese, was asked to attend the General Synod by the Standing Committee of the Church of Ireland.

“It was a real honour to be asked,” Dean Bond said. “It is nice to finish on a little bit of a high!”

Dean Bond will be robed for the Procession and Inauguration Eucharist in Westminster Abbey. Joyce will attend the service as a guest. 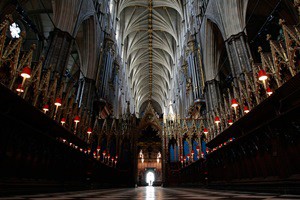 The Inauguration Eucharist will take place in Westminster Abbey.

Following the service, the Dean will be part of the platform party including the Archbishops of Canterbury and York, sitting in Church House, London, which will hear Her Majesty’s short address to Synod.

This will be followed by lunch with the Archbishops and other ecumenical and interfaith guests.

Dean Bond said he was looking forward to the occasion. “It will be interesting to see how they do things in the Church of England and to see if they have learned anything from the Church of Ireland,” he joked.

He has not met Her Majesty before, although he has had the chance to chat to the Duke of Edinburgh on a couple of occasions.