New Secretary General and Chief Officer of the RCB 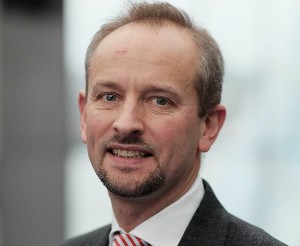 The Archbishop of Armagh, the Most Rev Dr Richard Clarke, has announced the appointment of Mr David Ritchie as the new Secretary General and Chief Officer of the Representative Church Body (RCB).

David will join the RCB in April 2016 and succeeds Adrian Clements who retires in June 2016.

David is a civil engineering graduate of Trinity College Dublin and a Fellow of the Institute of Chartered Accountants.  He holds a Masters in Business Administration from University College Dublin and currently serves as Executive Director of De Lage Landen Ireland (DLL Ireland) where he has been responsible for developing new markets and finance product development.

David has a keen interest in overseas development and is a non-executive Director of Concern Worldwide. He previously worked as an engineer for Concern in Cambodia and Rwanda, where he helped to manage the construction of refugee reception centres. David has a qualification in applied theology and is an active member of St Catherine’s Parish Church, Dublin, where he assists as a Sunday School teacher.

Welcoming David to the role, Archbishop Clarke said: “I am truly delighted to welcome Mr David Ritchie as the new Secretary General of the Church of Ireland. The Secretary General plays a significant role in supporting the wider mission of the Church and, as Chief Officer of the RCB, David will be overseeing the central activities of the Church’s trustee body. I look forward to working closely with David and wish him well in this new chapter of his career.”