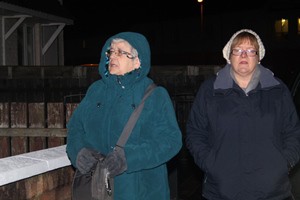 Ladies on the monthly prayer walk in north Belfast.

Connor’s Church Army Evangelists have been holding Prayer Walks in north Belfast every month since August.

Stephen Whitten and Karen Webb from the North Belfast Centre of Mission have joined with other churches in the area to walk around and bless the communities they serve in prayer.

Walkers meet at a different church in the Shankill area, and to date these have included St Columba’s, Whiterock, Shankill Methodist, Woodvale Methodist and Shalom House. 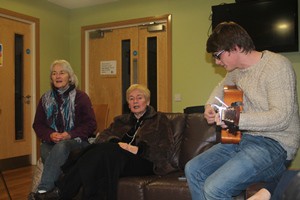 A period of worship in St Columba’s before the November prayer walk gets underway.

Stephen said the prayer walk has many benefits. “It brings people from different churches together under one cause allowing us to know we are part of something bigger than just our own context,” he said.

“For the people in the community that we meet and pass by it shows that the church is not just a bunch of buildings but a group of people who care and believe there is hope.”

Stephen added: “Mostly we believe that prayer is powerful and it is worth giving time to in the hope that we see God move more and more in these communities.” 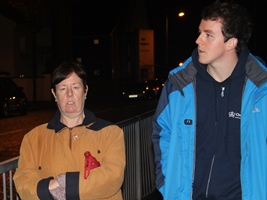 We join Stephen and Karen on a prayer walk in the next issue of the diocesan magazine Connor Connections (February 2016).