Appointments to Canonries in Connor Diocese 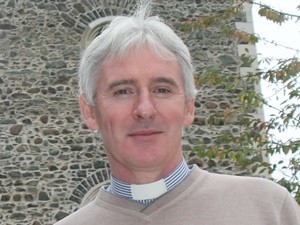 The Rev Canon Sam Wright, rector of Lisburn Cathedral, is the new Dean of Connor.

The Rev Canon Sam Wright, rector of Lisburn Cathedral, has been appointed the new Dean of Connor, by the Bishop of Connor, the Rt Rev Alan Abernethy.

He succeeds Dean John Bond, who retired in January.

The new Dean is one of a number of appointments to the Chapters of the Cathedrals in the Diocese.

Other appointments to the Chapter of Saint Saviour, Connor, in the Cathedral of Christ Church, Lisburn, are:

The Rev Mark Taylor, Whitehead and Islandmagee, has been appointed to the Chapter of the Cathedral Church of Saint Anne, Belfast, as Canon representing Connor Diocese.

The appointments were announced on Sunday February 14.