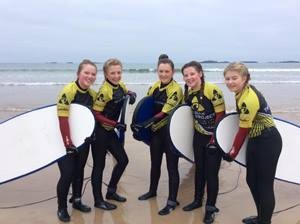 All set for the surf!

The weekend, from March 19-20, was organised by parish youth and family worker Chris Neilands, and the surf lessons and all the workshops and discussions were led by The Surf Project.

The young people, whose ages ranged from 12 to 17, were accompanied by several leaders. They stayed in a hostel not far from the beach and the Methodist Church Hall where The Surf Project led a series of talks and workshops on ‘living life to the full.’ 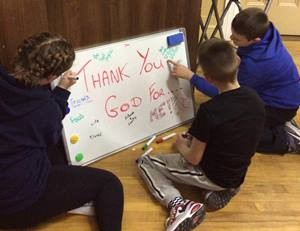 The young people explored the theme of ‘living life to the full’ during the surf weekend.

Chris said afterwards. “It was as good a youth weekend as I have ever been on. It was really active.  We surfed, hiked round the beach, ate loads of food, laughed a lot and spent time thinking about what it means to know Jesus and live life to the full.

He expressed thanks to Jono, Beth, Megan and Oscar from The Surf Project, all the leaders who gave up their weekend to help out and to the young people who came and got stuck in.

“Once we got to Portrush The Surf Project led all the sessions, which mean we leaders got to hang out with the young people,” Chris said. 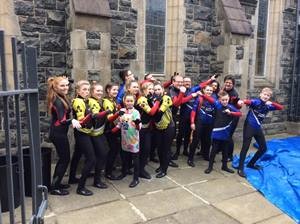 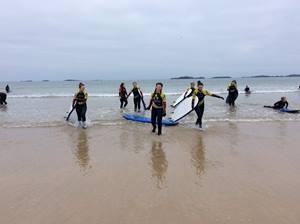