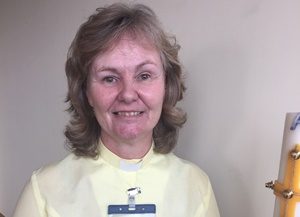 New Chaplains are undertaking their roles at two Belfast hospitals. The Rev Rosie Morton has been appointed as the Church of Ireland Chaplain to Belfast City Hospital. Rosie is also Chaplain to the Mater Hospital.

Rosie was born in Belfast. She moved away but returned home for family reasons in 2014, and was appointed Chaplain to the Mater Hospital that year.

Rosie trained for Ordained Ministry at Queen’s Foundation in Birmingham, 2003-2005. She said: “I relished being allowed by the Diocese of Durham to train in Birmingham as it is such a diverse city in terms of different cultures and faith groups. I was delighted to be chosen as the student to study for a term at the Tamil Nadu Theological Seminary in southern India. I then served my Curacy in Birmingham Diocese.”

Rosie began her ministry as a Hospital Chaplain in Sandwell Hospital, West Midlands in 2007, and after that was full time as a Chaplain in Northampton and Newcastle Upon Tyne.

“A day in the life of a Chaplain is varied and unpredictable,” she said. “You do not know where you may be called to or who you may meet. It is a privileged position to serve all departments of a hospital and be there for staff, patients and relatives. It is a ministry of ‘being in the moment’ with those you meet. I treasure that I meet people who are churched, unchurched, have no faith.”

Prior to being ordained Rosie was a cancer and palliative care nurse and has experience of working in the NHS, Hospices, for Durham Health Authority in Scotland and North East England. 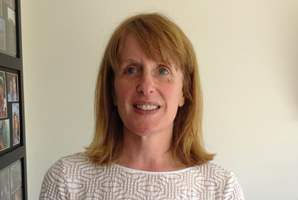 Sanna Mallon has worked in Chaplaincy in the major Belfast hospitals over the past number of years and is presently Church of Ireland Chaplain in the Royal Group of Hospitals, including Children’s and Maternity.

She is employed by the Belfast Health and Social Care Trust to minister to members of the Church of Ireland while they are in hospital, but Sanna says this is not all that she does.

“As chaplain, I am there for family members and staff in moments of worry and stress. It is demanding yet very rewarding work as we strive to bring comfort and peace to those who are sick,” she said.

“Every day is different as we do not know what the day can bring as the phone or pager can ask me to react quickly, day and night, to some emergency on site or another hospital in Belfast. Then, of course, there are services to plan during the week throughout the year.”

Sanna was appointed as Chaplain to Musgrave Park Hospital in addition to her work in the Royal last December. “After a few months I am happy that I can plan my week to take in both busy sites,” she said.