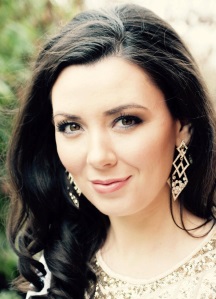 St Anne’s Cathedral’s 2016 Music Festival features some superb choral music and will finish with a concert in honour of Her Majesty The Queen’s 90th birthday.

The Festival runs from Sunday May 22, opening with a concert by the pupils from the three Cathedral Choir Schools, with the Queen’s Birthday Concert the following Saturday night, May 28.

Special guests this year are Tenor Conor Breen and Soprano Andrea Delaney, while the Cathedral’s own Master of the Choristers David Stevens and the cathedral choir will also perform.

Music tutors from St Anne’s teach choral singing every day in three north Belfast schools, Edenbrooke Primary, Cliftonville Integrated and Sacred Heart Boys’. The opening concert, at 3.30pm on May 22, will allow the young singers and instrumentalists from these schools – all part of the Cathedral’s innovative Choir Schools Project – to perform showpieces from their classes this year. 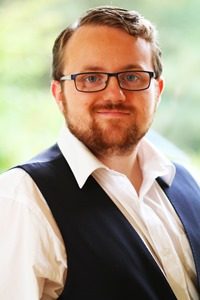 The festival continues at 7.30pm on Wednesday May 25 when Conor Breen will perform Dies natalis: towards the dawn. His programme will include Saint-Saëns Danse macabre, Fauré  Après une rêve, Finzi  Dies natalis,  Mahler Urlicht and Strauss  Morgen.

County Armagh Soprano Andrea Delaney’s concert On a Wing and a Prayer is on Friday May 27 at 7.30pm and will include: Mozart  Alleluia, Handel  I know that my redeemer liveth, Puccini  O mio babbino, Offenbach  Les Oiseaux dans la charmille, Bizet Habanera and Verdi Ave Maria. 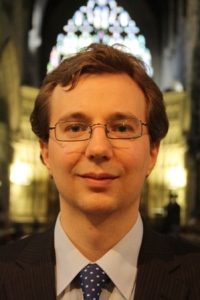 St Anne’s Master of the Choristers David Stevens will play the organ at the Music Festival.

The grand finale of the 2016 festival is the concert on Saturday at 3pm to honour Her Majesty the Queen on the occasion of her 90th birthday.

This concert will feature organ and choral music, both celebratory and reflective, associated with HM The Queen and with previous British Royalty.

The Junior Choir of Victoria College will sing music that was sung when the Queen attended a Service in St Anne’s at the time of Her Majesty’s Golden Jubilee in 2002.

Brian Hunter, who conducted the Cathedral Choir at that Service, will conduct the Cantate Domino Consort in music from the time of Elizabeth I to Elizabeth II.

Organists Ian Barber and David Stevens will take part along with Christopher Boodle, a former Assistant Organist of St Anne’s.

Everyone is very welcome to all these concerts. There is no admission charge, but there will be a retiring collection at each event with the exception of the Choir Schools Concert on May 22.