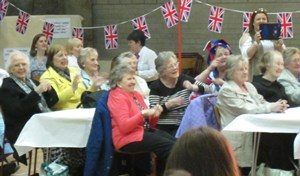 Plenty of laughter celebrating the Queen’s birthday in Lower Shankill.

Parishioners and friends from St Stephen’s & St Luke’s, St Michael’s and St Mary’s enjoyed lots of fun and laughter in the Lower Shankill at a party to celebrate the Queen’s 90th birthday.

Entertainment was provided by parishioners and friends with lots of famous songs, a performance by the Andrews Sisters, a quiz to test the grey matter, newsreel footage of the Royal Family, community singing, andpoetry. 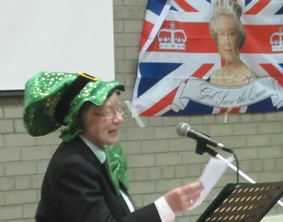 The hilarious Miss Agnes Young regaled everyone with stories, singing and leading the parade of McNamara’s Band.

Queen for the Night, Miss Joan Crothers, gave gifts to everyone aged 90+ and to the children.  The evening closed with some words from the Rev Canon James Carson, Minister-in-Charge of the Lower Shankill Team Ministry, and copies of the book ‘The Servant Queen and the King she serves’ were given out. 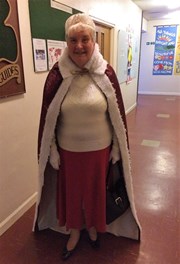