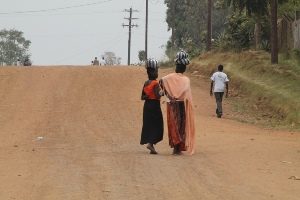 CMSI are currently reviewing whether a META team from Lisburn Cathedral, which was due to travel to Yei, South Sudan, on Saturday July 16, should go ahead.

This is in the wake of a resurgence of violence in the country, which marked its fifth year of independence on July 9.

It is likely a decision on the Lisburn Cathedral META (Mission Experience Team Abroad) will be taken today. One of the seven team members, Billy Smyth, is currently in Yei with his wife Jenny and family. The Smyth family was based in Yei, as CMSI partners, for several years. Jenny (CMSI Mission Director) and her children are due to return home on Saturday, while Billy had planned to stay on to join the Cathedral team.

South Sudan’s church leaders have appealed for an end to violence in the country after disturbances and killings before and after events to mark five years of independence on July 9.

In a statement Christian Aid has described the situation in South Sudan as ‘critical’ with economic crisis, severe food shortages and continued fighting.

Connor Diocese has a long term partnership with Yei and several teams have visited in recent years.

The South Sudan Council of Churches, a Christian Aid partner, has appealed for peace. This appeal was issued in response to deadly attacks on civilians in the town of Wau, a fortnight ago, when dozens were killed and tens of thousands displaced.

The attacks took place despite the presence of a peace agreement. The violence cast a shadow over Saturday’s fifth anniversary. South Sudan’s Cabinet cancelled Independence Day celebrations for the first time, as the economic crisis has left it unable afford to host the event: Instead, the milestone was observed with silence and a presidential statement.

Responding to the situation, the South Sudan Council of Churches said: “We cry out for an end to the violence in our country, and especially for the bloodshed to end in Wau and the areas around it.

“Since its outbreak, we have been deeply disturbed, and aware of the suffering that the recent and intolerable fighting has brought. Many innocent people have been displaced from their homes.

“As peace makers, we are all outraged by the deaths, injuries, hunger and fear that has crippled one of our largest cities. But we are also aware that many other parts of the country are affected by acts of violence that have resulted in loss of innocent lives, crippling of the economy and fear.”

A peace agreement was signed in August 2015, and after some delays a transitional government was installed in April 2016, with elections scheduled for 30 months after this date. However, the situation remains unstable, and conflict persists.

The churches have historically played a critical role in building peace in South Sudan: they continue to play an active role in advocating for peace, hosting neutral forums, and reconciliation work.

Among those who were killed in the Wau attacks was Paul Akile, the county education advisor for Christian Aid’s local partner, Hope Agency for Relief and Development. Christian Aid remains deeply concerned at the extent of suffering facing South Sudanese communities.

Jolly Kemigabo, Christian Aid’s country manager in South Sudan, said: “The five-year anniversary should be cause for hope, but there is little to celebrate when over half the population – 6.1 million people – desperately need humanitarian assistance. The cancellation of the Independence Day event highlights the degree to which this crisis has left the economy in tatters.

“We echo the church leaders’ plea for all parties to continue working for sustainable peace, justice and unity. Although long-awaited steps towards peace are finally being taken, the crisis is far from over.

“The situation is critical. Tens of thousands have lost their lives and relentless fighting has forced 2.3 million people to flee their homes – some from the threat of sexual abuse, executions and other human rights abuses.”

She continued: “The instability has disrupted harvests, ruined livelihoods and sent food prices soaring. Right now, South Sudan faces alarming levels of hunger: 5.8 million people are struggling to find their next meal and urgently need food supplies. Meanwhile, the currency has devalued by almost 90% since December 2015, while inflation rates stood at 295% in June 2016 – the highest worldwide.

“Amid all this, Christian Aid partners continue to work tirelessly to reach displaced communities caught up in this conflict. But with no sign of an end to the violence, we desperately need more funding to respond.”

The conflict in South Sudan erupted in December 2013, after a political struggle between President Salva Kiir and former Vice President Riek Machar quickly escalated along ethnic lines, spreading across the country.