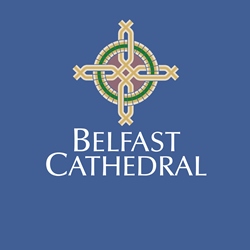 The first in these annual talks takes place on Wednesday September 7 when Philip Orr speaks on The Somme.

A former teacher, Philip is an author and playwright and consultant to various museums. His best known work is his 1987 book The Road to the Somme.’

Roger, who works for the National Museums of Northern Ireland, regularly writes, lectures and broadcasts on aspects of Ulster’s history and culture.

Alderman Dr Christopher McGimpsey holds a BA from Syracuse University, New York and a PhD in Irish history from Edinburgh University. He is a member of the Ulster Unionist party and is a Belfast city councillor

The last in the 2016 series of Autumn Talks takes place on Wednesday December 7, when Jenny Haslett speaks about Remembering the Second World War and the Home Front in Northern Ireland.

Jenny is Museum Manager at Northern Ireland War Memorial Museum and cares for, manages and exhibits a Second World War collection relating to Northern Ireland, making it accessible to the public through exhibitions, published literature, events and informal learning programmes for schools and community groups.

The talks take place at lunchtime.