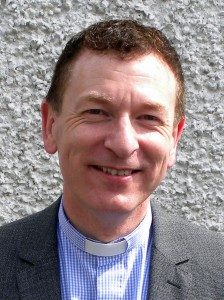 The Rev Arthur Young, rector of Kill o’ the Grange Parish, Diocese of Dublin, has been appointed incumbent of St Paul’s Parish, Lisburn.

Arthur, 51, was born in Bangor, Co Down. After leaving school he was an apprentice cabinet maker for three years before working in management in the DIY trade. He studied at Belfast Bible College, completing a Degree through Liverpool University, and later moved to England where he was a youth worker with churches in both Leeds and London.

In 1999 he began studying for ordination at the Church of Ireland Theological Institute and was ordained in 2001. He was curate assistant in Donaghadee for three years, before being appointed rector of All Saints’, Tullylish, Diocese of Down and Dromore, where he remained for nine years until his appointment to Kill o’ the Grange in 2013.

“God has opened the door to me to move back north and I feel that the time is right,” Arthur said. “Kill o’ the Grange is a vibrant parish and a lot has happened in the last couple of years. God has really blessed me in my ministry here. My heart is for the people and for sharing the good news of Jesus with them, and for pastoring and caring. That is what I am doing here and what I will continue to do when I move to St Paul’s.”