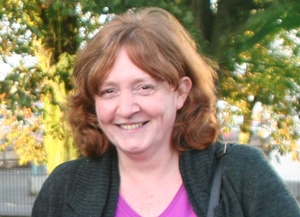 A native of Fermanagh, Rachel was ordained a deacon in 1994, and was curate in St Stephen and Hyson Green Parish, Nottingham and later curate at All Saints, Radford, also Nottingham, before becoming Priest-in Charge of Broxtowe, a large council estate.

In July 2002 she went to Bedford Prison as chaplain, moving to HMP Wellingborough two years later. Rachel has been rector of Holy Trinity & St Silas with Immanuel, Ardoyne, since March 2009.