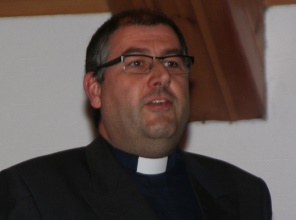 The Archdeacon of Belfast, the Ven George Davison, has condemned the vandalism of 13 Jewish graves in an attack at Belfast City Cemetery.

Some of the graves date back to the 1870s and are in a walled off section of the cemetery, which is often locked. Police were alerted to the scene on August 26.

Archdeacon Davison said: “The recent vandalism and destruction of graves at the Jewish plot at Belfast City Cemetery is both appalling and disgraceful and I join with others in condemning such an anti-social, racist and sacrilegious act.

“I also extend my sincere sympathies to those in the Jewish community in Belfast who feel the effects of this heartless attack on this significant and historic site most at this time.”