St Anne’s Cathedral at heart of Culture Night this Friday 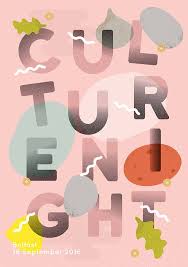 St Anne’s Cathedral will be at the heart of Belfast Culture Night on Friday September 16 when the streets of the city will be buzzing with music, art and colour.

Founded in 2009, Belfast Culture Night has grown steadily each year, and the 2016 event will be one of the biggest ever, with more than 250 events taking place in 100 venues and an anticipated attendance of 65,000 people in the Cathedral Quarter and beyond.

The Cathedral will be a focal point for the celebrations, a place for people to meet, mingle, enjoy fine music and take time out to pray while the party continues outside. In recent years, crowds have packed into the Cathedral for two beaut iful services featuring the St Anne’s Choir – Evensong at 5.30pm and Compline at 9pm. Last year’s Compline was attended by more than 600 people!

St Anne’s is a key venue for some great performances which get underway in the afternoon when the Cathedral will welcome four singer/songwriters.

First up at 2pm is Neil Foster from Killyleagh. Although new to the songwriter scene, Neil has an accomplished background in the music industry as an orchestral and session musician with skills as a percussionist, pianist, vocalist and finger style guitarist.

He writes lyrical and poetic music blending influences from folk, classical and world music. Neil has played on film scores and albums for other people over the years, including percussion on Lord of the Rings: The Two Towers as well as other recordings with Ensembles such as the Scottish Chamber Orchestra (principal percussion), London Philharmonic Orchestra and many others.

For the last couple of years Neil has been busy gigging and touring around Ireland and the UK, gathering experience while writing and arranging new material. He launched his first album of original songs in December 2015.

Eighteen-year-old Mollie Stirling, whose set begins at 3pm, represented Ireland in the Eurovision Song Contest 2015 with the song ‘Playing with Numbers.’ Mollie first came to prominence after winning the Teen Idol contest in November 2011. She won a second-place award for Girl’s Vocal Solo at the 2012 Kilkenny Music Festival, and finished second in TV3’s All Ireland Schools’ Talent Search in May 2014. Mollie released her first EP, Strands of Heart, in November 2014.

Iain Archer, who is on at 4pm, is a well-known singer-songwriter/producer from Bangor. He released several solo albums in the 1990s on the Sticky Music label.

After a stint with Snow Patrol and a side project with the band’s frontman Gary Lightbody in The Reindeer Section, he returned to his solo career. In 2004, he released the album ‘Flood the Tanks’, and in 2006 ‘Magnetic North,’ co-produced with David Kosten. His most recent album, ‘To the Pine Roots,’ was released in 2009.

Iain performed at Music City Roots at The Belfast Nashville Songwriters
Festival at The Empire Music Hall In Belfast earlier this year.

Jealous of the Birds, aka Portadown girl Naomi Hamilton, will perform in the Cathedral at 6.30pm.

Her music is listed as Indie, Indie rock, alternative, punk, lo-fi, bedroom, acoustic, grunge. Having played a session on Radio Ulster’s ‘Across the Line’ and having been played on BBC Radio One’s Huw Stephens’ show, Jealous of the Birds’ bedroom recording EP ‘Capricorn’ received much critical acclaim. Her melodic and playfully quirky side has drawn comparisons to Mouldy Peaches, Cat Power and Laura Marling. Jealous of the Birds was Artist in residence at this year’s Cathedral Quarter Arts Festival.

The Ulster Youth Jazz Orchestra returns to St Anne’s between 8pm and 8.45, when a huge crowd is anticipated, with other local choirs filling in the time between Evensong and 8pm.

Activities outside the main body of the Cathedral include Legacy by Lisa Donaldson, an AV performance on conflict and art in the Cathedral Hall (12 noon – 6pm), and Ghoulish Silent Movies (part of the Belfast Film Festival) featuring silent movies from the 1920s, and these will be shown in The Crypt (7pm-10pm).

Culture Night 2016 should be a day to remember in the Cathedral Quarter!