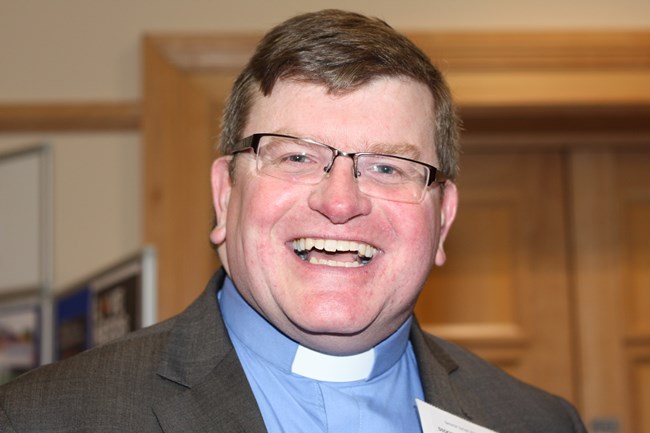 The Rev Gareth Harron, rector of Holywood Parish, has been appointed a Canon of St Anne’s Cathedral by the Bishop of Down and Dromore, the Rt Rev Harold Miller.

He succeeds the Rev Canon Norman Jardine who has retired.

Gareth was ordained deacon in 1995 for the curacy of Willowfield in Down Diocese. He served a second curacy in the Cathedral Parish of Dromore before becoming rector of Magheralin in Dromore Diocese.

He and his wife Ruth spent 13 years in Magheralin, where they enjoyed the growth of the church and had their three children.

Gareth was a chapter member in Dromore Cathedral for some four years until he was appointed to Holywood Parish at the end of 2015.

He said: “I am humbled and honoured to have been invited to share in the ministry of St Anne’s Cathedral. I am conscious that the role became available due to the retirement of Canon Norman Jardine with whom I served my first curacy in Belfast.  I am looking forward to working with the Dean, the Chapter and the Cathedral community as it seeks to reach out to the city of Belfast and the dioceses it serves.”