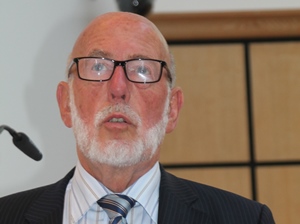 The Dean and Chapter of St Anne’s Cathedral are delighted to announce the appointment of Mrs Myrtle Kerr and Mr Robert Kay as Lay Canons to serve in the Cathedral.

Dean John Mann said he has known both Mrs Kerr and Mr Kay for many years, describing them as ‘two wonderful people.’

“On arriving at Queen’s as a raw undergraduate in 1973, the Church of Ireland Student Centre became my home, and Cecil and Myrtle Kerr were there together, leading that student community and planning the new venture in Rostrevor.  It was so inspirational,” he said.

“Robert Kay has been integral and vital to the Diocese of Connor and the RCB for a long time.  We have been at many a meeting together, and he and his wife were with us on pilgrimage to the Holy Land, which was an amazing experience.  These two appointments acknowledge two wonderful people and give me great joy.”

This is a historic move as the appointment of Lay Canons to Church of Ireland Cathedrals only became possible in 2010, and these are the first such appointments made at St Anne’s. Mrs Kerr and Mr Kay were nominated by the Dean and Chapter and appointed by the Bishops of Connor and Down & Dromore. They will be installed in the Cathedral on a date to be announced.

Mrs Kerr and her late husband Cecil moved from the chaplaincy in Queen’s University, Belfast, to establish the Christian Renewal Centre in Rostrevor in 1974. 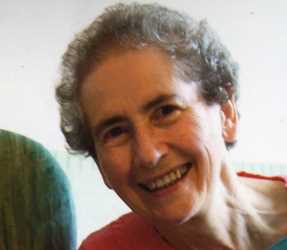 The Bishop of Down and Dromore, the Rt Rev Harold Miller, said Mrs Kerr was ‘quite simply, a saint of God.’

Welcoming her appointment, Bishop Miller said: “She is an example to all of us of what it means to follow Jesus Christ and to carry in her very being the message of reconciliation.”

He commented that she and Cecil had ‘exercised a ministry more powerful than any prelate in the difficult days of the Troubles in this part of Ireland.’

Cecil was the leader of the Christian Renewal Centre, but Myrtle was always beside him, the Bishop said. “She prayed, cared and provided a warm family atmosphere for all who visited the renewal centre, whatever their tradition or political views, and must often have wondered where their financial provision would come from.

“The years have given Myrtle a great experience of life, in the ups and downs, a settled and palpable love of the Lord, and a place bound to be recorded in God’s book of the saints of Co Down.”

Mr Robert Kay served faithfully as lay honorary secretary of the Diocese of Connor for more than 30 years.  He also served on the Representative Church Body (RCB – the governing body of the Church of Ireland), the RCB Executive and was until very recently chair of the plans committee of the RCB.

The Bishop of Connor, the Rt Rev Alan Abernethy, said: “He offered his professional expertise as his service and it was indeed his ministry and example for us all.  This was all done with humility and humour.

“I am delighted his ministry is recognised in this way as a Lay Canon of St Anne’s Cathedral.”