Institution of the Rev Canon David Humphries in Kilbride 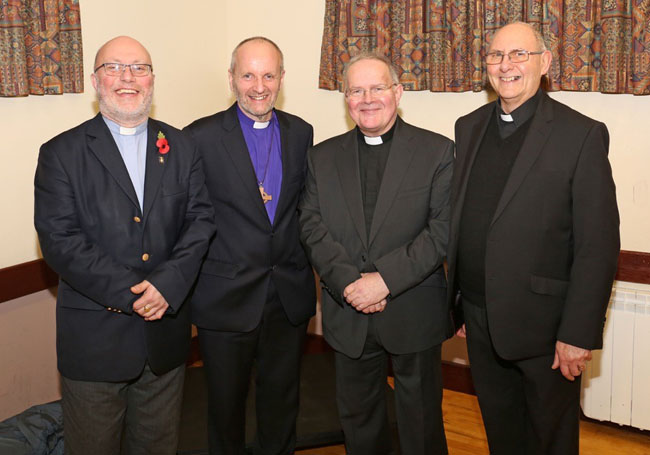 At the service of institution in Kilbride are, from left: The Rev Canon Derek Kerr, Rural Dean; the Bishop of Connor, the Rt Rev Alan Abernethy; the Rev Canon David Humphries; and the Rev Walter Laverty, preacher. Photo: David Holmes.

The Rev Canon David Humphries was instituted as rector of Kilbride Parish at a service on Tuesday November 8.

David is originally from Belfast. He attended Annadale Grammar School and Stranmillis College, and taught Music, RE and Remedial English at the Boys’ Model School, Belfast, for five years.

He trained for ministry in Dublin and was ordained in 1986. His first curacy was in Ballyholme with Canon Jack Mercer, where he remained for four years, until his appointment as Vicar Chorale at St Anne’s Cathedral, Belfast.

Speaking in advance of his institution, David said he excited about meeting new people and taking up a new challenge.

“I will be moving from an urban parish to a rural parish and I am looking forward to the new experience,” he said.

David has been leading pilgrimages to the Holy Land every year for 23 years. “I was hooked from my first visit,” he recalled. “The experience is different for everybody. For me it is the land that has such a pull. There is a feeling about it that is hard to describe, but what I take out of it is that it is God’s land. It says in the Bible many times ‘This is my land,’ and that’s why I keep going back.

“Christians in the Holy Land are small in number and need our support.”

David is the Chairperson of the Down & Dromore and Connor Organ Scholarship Scheme, which offers training in order to provide organists for the two dioceses.

David was instituted as rector of Kilbride by the Bishop of Connor. The preacher at the service was the Rev Walter Laverty. 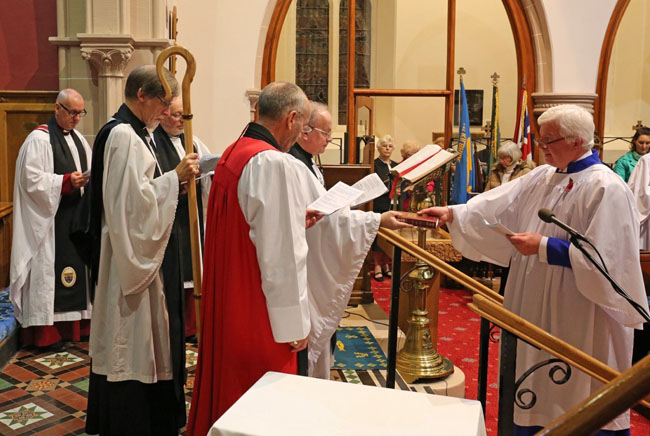