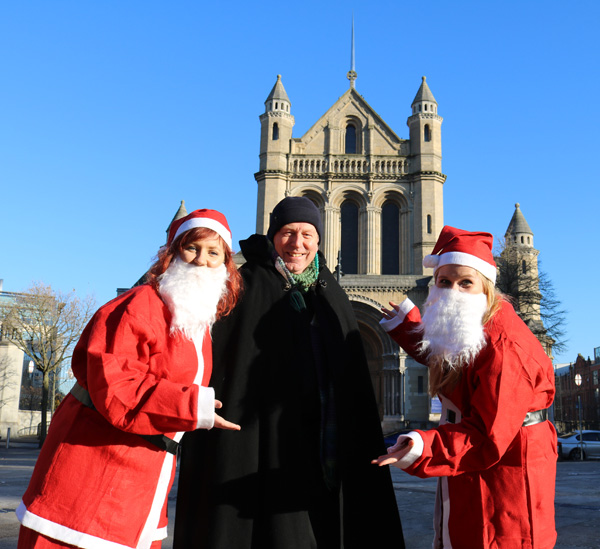 The colourful spectacle, which takes place on Sunday December 4, is organised by Downtown Radio and Cool FM’s Cash for Kids charity which supports disadvantaged children across Northern Ireland.

Hundreds of Santas will gather in Writer’s Square, opposite St Anne’s, and dash off along a 2.5km route. This family-friendly event features lots of festive fun with prizes up for grabs on the day.

Registration for adults is £7.50 and includes a Santa suit, and kids can join in for free! To find out more and to register go to www.coolfm.co.uk/dash

This Christmas the Cash for Kids’ Mission Christmas toy appeal will support thousands of local disadvantaged children who otherwise would wake up on Christmas morning with nothing. Last year Cash for Kids supported 8,864 children aged 0-18, and the charity says it is expected that this year the need is greater than ever before.  Anyone wishing to donate to the appeal should visit www.coolfm.co.uk/mission

Dean Mann will launch the 40th annual Black Santa Sit-out on the steps of St Anne’s Cathedral on Friday December 16.  The tradition was founded in 1976 by Dean Sammy Crooks, and was maintained by Dean Jack Shearer and Dean Houston McKelvey.

This will be Dean Mann’s sixth sit-out and it expected that in the early part of the sit-out he will receive the £1 that will take his fundraising total to £1million.