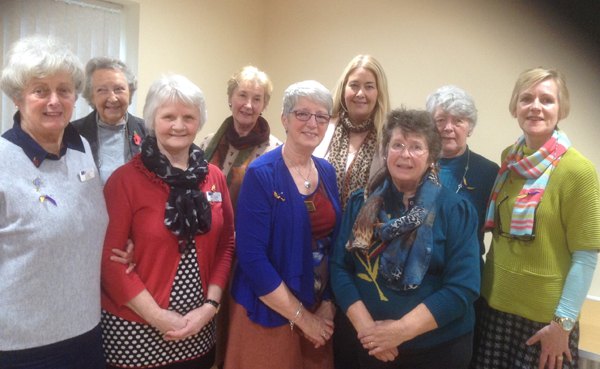 In advance of the Mothers’ Union worldwide campaign ’16 Days of Activism Against Gender Based Violence,’ Connor MU members took part in a Prayer Breakfast.

This was hosted by Mid Connor in St Jude’s Parish Church, Muckamore, on November 12. More than 60 MU members attended. 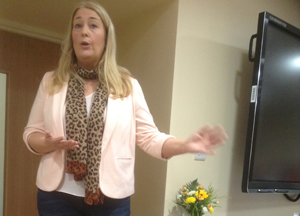 The Mothers’ Union campaigns against gender based violence at the local, national and international level. As part of the ‘16 Days of Activism Against Gender Based Violence’ campaign in 2015,  Mothers’ Union members and friends throughout Ireland stood together in a powerful gesture of solidarity with women in Ireland and across the world who are suffering gender based violence. Prayer Vigils took place in 11 dioceses of the Church of Ireland on November 26 2015, contributing to raising awareness among the general population and encouraging governments to take action against gender based violence.

In Connor Diocese members were encouraged to participate in this year’s campaign using materials provided by All Ireland and inviting a speaker to highlight gender based violence at a local level. Many branches invited speakers from Women’s Aid. 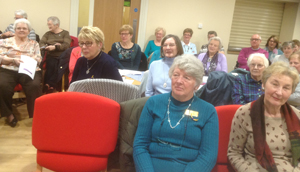 The speaker at the Mid Connor Prayer Breakfast was Karen Douglas, Service Manager of the Rowan Sexual Assault Referral Centre (SARC) which is based in the grounds of Antrim Hospital.

Karen provided members with a real insight into sexual abuse. They learned that both males and females of all ages can refer themselves, or be referred to the Rowan which provides a range of support and services for victims of sexual violence, including rape and sexual abuse.  Diocesan President Valerie Ash said: “Some of the information Karen gave us was shocking.”

The morning concluded with the special worship for the vigil and the lighting of the candles for the 16 days.

Valerie added: “Members in Connor have had their knowledge and awareness of Gender Based Violence greatly increased.” 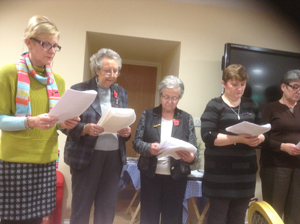 Mothers’ Union Worldwide works to challenge the underlying causes and prevention of gender based violence. Through the Literacy and Financial Education Programme, Mothers’ Union empowers participants, in particular women, with literacy and numeracy skills; and enables communities to discuss important issues such as violence against women.

The Mothers’ Union Family Life Programme brings families and communities together to tackle the everyday issues that they face, resulting in a reported reduction of domestic violence.

In Ireland, some dioceses provide women’s shelters with food, toiletries and clothes. Other members provide direct support such as helping women to make phone calls and move home, providing babysitting and accompanying them to court hearings. A number of MU members volunteer in Child Contact Centres.