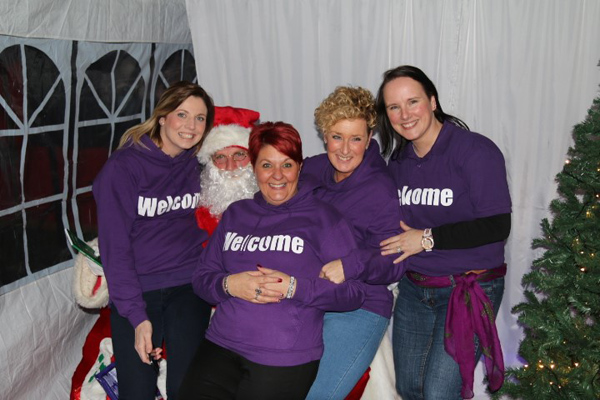 A warm wlecome for Santa at the Holy Trinity / JVC Lantern Light Festival.

The parade started at Holy Trinity and then proceeded to JVC where the community sang some carols and watched a ‘Nativity with a difference:  Away with the Manger.’ 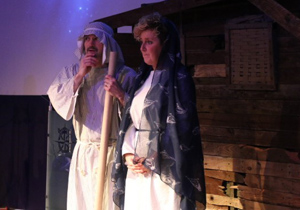 A scene from the Nativity.

The Rev Alan McCann, rector of Holy Trinity Woodburn spoke on the meaning of Christmas – on the presents that Christ received from the Wise Men – Gold,  because He is the King of kings, Frankincense because He is our Great High Priest and Myrrh because He came to die as an atoning sacrifice for our sins.

All the families were then invited to visit Santa who gave them a gift each and a booklet for the children explaining Christmas and a similar one for the adults.  The event finished with everyone tucking into Irish stew, soup, and lots of lovely Christmas food.

Alan said: “We were so delighted that around 300 people joined us for this first venture and we hope that this will now become an established part of the Christmas celebrations for the community in this area.”

East Antrim Borough Council supported the event with a grant.

Holy Trinity Woodburn had another visit from Santa recently – he came to church to receive gifts from the congregation for distribution by the Board of Social Responsibility. 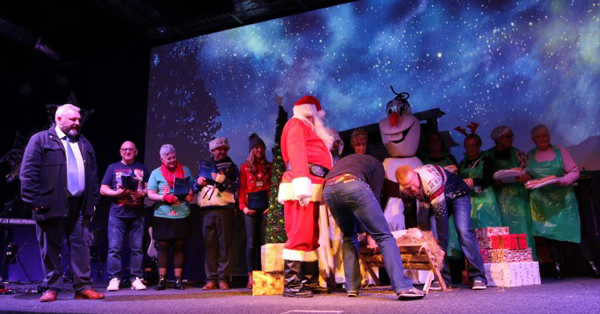 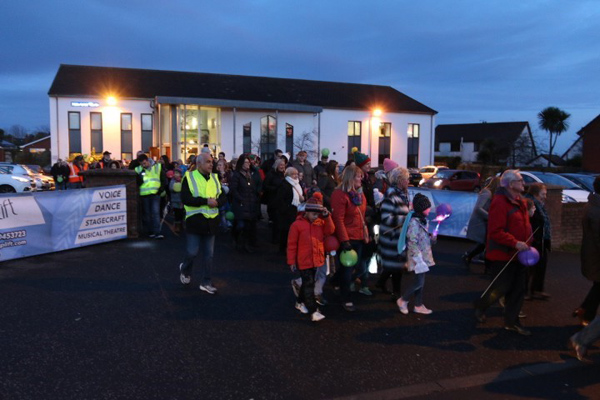