Joint cathedral’s service for Week of Prayer for Christian Unity 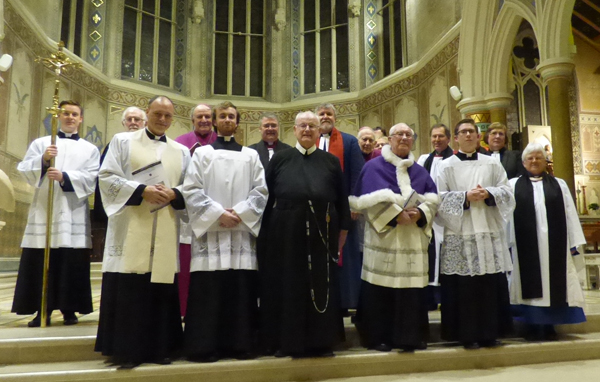 The annual service for the Week of Prayer for Christian Unity between the two Belfast cathedrals was held in St Peter’s Cathedral on Tuesday January 17.

As it was the turn of the Roman Catholic Cathedral to host the service, Church of Ireland Primate Archbishop Richard Clarke chose the preacher, the Rt Rev John McDowell, Bishop of Clogher.

Attendance was up on previous years, which the Dean of Belfast, the Very Rev John Mann, said was encouraging.  The Choir of St Anne’s joined the Choir of St Peter’s. St Anne’s Master of the Choristers David Stevens played the organ, including a splendid voluntary, for the two choirs and Nigel McClintock, St Peter’s Director of Music, conducted the joint choirs.

The Church of Ireland was represented at episcopal level by the Bishop of Down and Dromore, the Rt Rev Harold Miller, and Bishop McDowell.

The theme of the Belfast service was: ‘Reconciliation – The Love of Christ compels us,’ based on the text 2 Corinthians 5: 14-20.

The Dean of Belfast and the new Administrator of St Peter’s Cathedral, Fr Martin Graham, took part.  The service is repeated in Armagh on Wednesday January 18 at 7.30pm with the same preacher. 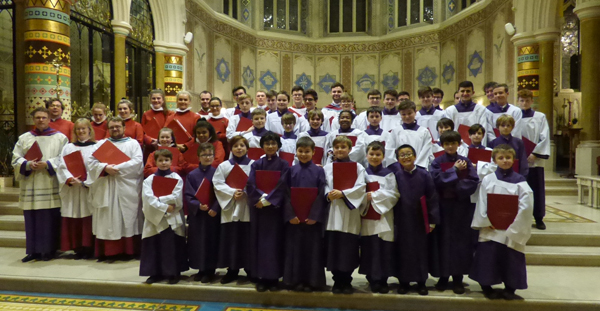 The joint choirs of St Anne’s and St Peter’s Cathedrals at the Christian Unity Service.