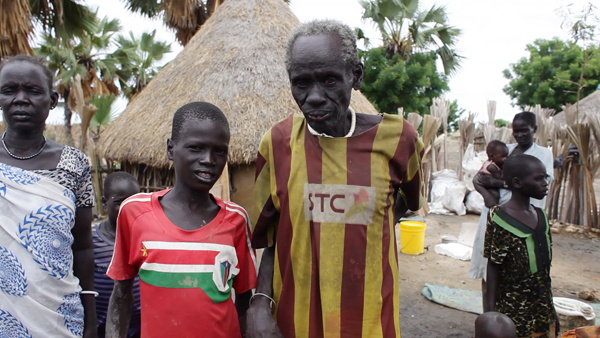 Michael, who is rebuilding his life in South Sudan with the support of Christian Aid, pictured with his grandson.

This Lent, Christian Aid is asking people to reflect each day on the blessings in their own lives through ‘Count Your Blessings,’ and to pray for communities like South Sudan which urgently needs humanitarian Aid.

Connor Diocese has been in partnership with Yei Diocese in South Sudan for almost nine years, but Bishop Alan Abernethy, who visited in January 2013, has been unable to return since the outbreak of a new period of civil unrest in December that year.

Last July a team from Lisburn Cathedral had to cancel their plans to travel to Yei at the last minute due to a deterioration in the local situation.

Christian Aid says that for Christians around the world, Lent is a time of reflection, self-examination and thinking of others who are less fortunate, describing Lent as ‘a journey, a time for us to think about how we follow the Jesus who calls his disciples to sacrificial love that breaks down barriers, builds bridges and demands justice for those who find themselves living in poverty.’ 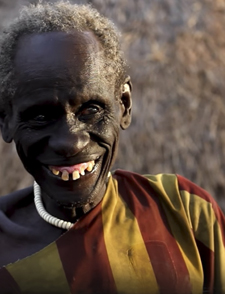 Michael lost virtually everything when government forces raided his village.

The charity here tells the story of Michael.

Michael lives in South Sudan, where 6.1 million people urgently need humanitarian aid as a result of the conflict that erupted in December 2013. Ongoing fighting has displaced 2.4 million people, and up to 5.3 million people are at risk of severe food shortages.

Michael, who is in his 70s and has gradually lost his sight during the past five years, fled alongside his family when government forces came to his village.  Soldiers killed people and stole cattle, forcing Michael to flee to the swamp where he resided with his family for two months.  When they returned, most of their belongings were gone, and they were left with next to nothing.

Thankfully, they had some fishing hooks and nets from Christian Aid. Already a skilled fisherman, now he can take the younger generation to the swamp to teach them how to fish, so they can continue to feed their community.

Throughout Lent, Christian Aid is reflecting on the hymn ‘When I Needed A Neighbour, Were You There.’

“We are asking you to reflect each day on the blessings in your life through Count Your Blessings, inspired by daily opportunities to give, act and pray for communities like Michael’s, helping them to find a safe place to call home,” said the charity.

Christian Aid is working with people displaced within South Sudan, who are living in some of the hardest to reach places, to provide much-needed food, safe water and sanitation facilities and essential household items, including sheeting for temporary shelters, as well as fish hooks and nets so they can start to rebuild their lives and become self-sufficient.

“For 70 years, Christian Aid and its supporters have been there, making a difference and helping to transform the lives of people living in poverty. With your support we are restoring dignity to people in desperate situations and offering hope to brothers and sisters who have no safe place to call home.

“Thanks to your help, we will be there tomorrow.”